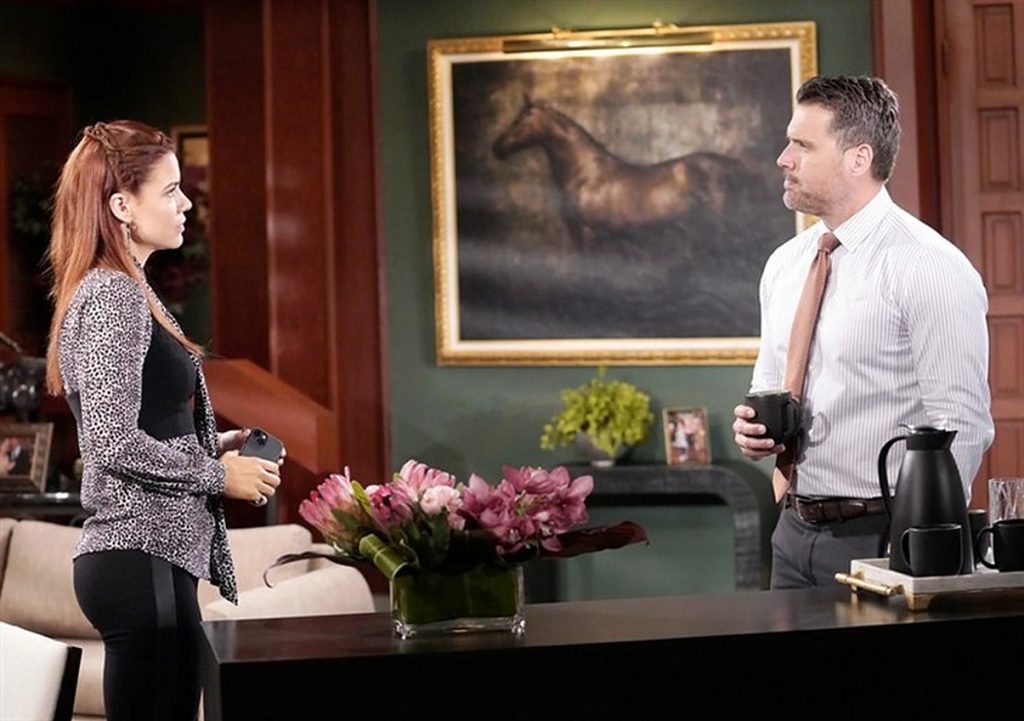 The Young And The Restless: Sally’s Big Blunder, Sleeping With Nick Ends With LOSING JOB

The Young and the Restless spoilers suggest a storm in Sally’s life. Heartbroken after her split with Adam, Sally has been trying her best to climb the ladder at Newman Media. Despite hesitance from Victor and Victoria, Nick supported her after Adam walked out of the family business. As a result, Sally and Nick get close to each other.

However, spoilers suggest Sally will make a big mess at work. Victoria will give her a second chance with a tough warning. When Sally and Nick are caught in the sheets together, Victoria will reconsider her second chance, and Sally may lose her dream job at Newman Media. Would Sally lose it all, yet again? Here is everything about it.

Sally And Nick Sizzle Up

After Adam’s betrayal, Sally invested all her time and energy in work. She was listless and did not know what to do about her job at Newman Media. Nick showed up and supported her. He told her she should stay and gave her the time to prove herself after Adam left.

Sally was thankful for the gesture and repaid her debt to Nick. When Adam came to her with the story about Nick killing Ashland Locke – Sally decided not to run the story on Newman Media. Instead, she warned Nick about what was coming his way and let things stay low. After their personal highs and lows, they supported each other and were there for each other.

The Young And The Restless: Sally Makes A Mess

The Young and the Restless spoilers indicate things will get rough for Sally. Sally will make a major blunder at work by missing an important marketing meeting. This folly will put her position as CEO of Newman Media in jeopardy. Previously, we had seen that Victor was not so keen on Sally working as the CEO. Furthermore, he wanted Nick to replace her

Sally is aware of her risk – she does not have massive qualifications, and the family does not support her. Nick will try his best to salvage the situation for Sally. The spoilers imply Victoria will let Sally stay just this once and warn her for the future.

The Young and the Restless spoilers indicate that Sally will lose the second chance Victoria gave her. This will be because she will sleep with a new man – Nick Newman! Things won’t look good for Sally because people have accused her of using Adam to become the CEO.

Now, Victoria will be concerned that Sally and Nick being together will stir up such rumors again. Victor is not in the mood to entertain Sally at the moment. He might encourage Victoria to take a tough decision against Sally. The Young and the Restless spoilers indicate Sally might lose her dream job. Stay tuned to know more! The Young and the Restless airs weekdays on CBS. Catch the latest news and spoilers from the show on TV Season & Spoilers.