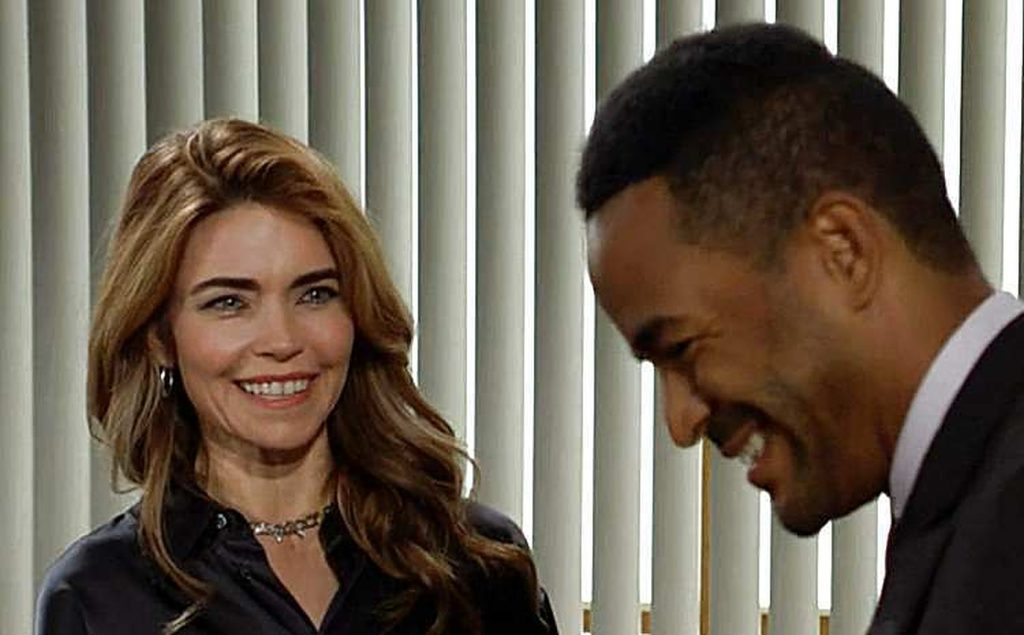 The Young And The Restless: Nate And Victoria Give Into The Temptation, Hit Sheets?

The Young And The Restless spoilers tease that Nate and Victoria might cross their lines and mix business and pleasure. Victoria and Nate will go on a business trip to California, where they might surrender to their temptations and hit the sheets. Let’s discuss how the entire scenario might pan out if the writers take this twist.

Long-term The Young And The Restless fans might remember that Nate and Victoria have been friends for many years. However, now that Nate is not just a friend but also an ally and a co-worker, things are taking another direction. The Young And The Restless recently showed how Nate would bail on Elena and spend most of his time with Victoria. Even though they meet to discuss something about business, Victoria and Nate never miss the opportunity to appreciate each other’s work. We could easily call it as flirting as well!

Not to mention, when Elena pointed out Victoria’s motive on why she keeps Nate in her orbit, he had a clever excuse for that. Nate admitted that Victoria is helping him to settle into the new company. However, this can also be taken as something Nate is well aware of and letting Victoria keep himself in her orbit. What would one do when he already has a girlfriend?

Above that, we should certainly not forget that Nate has taken another chance on Elena to prove that he loves her. Well, he certainly doesn’t, given how easily he is drifting toward Victoria. Now that Nate is going miles away from Elena, will he be able to stay true to her? What will happen over there between Nate and Victoria? Let’s discuss that.

The Young And The Restless Spoilers: Nate-Victoria Cross Limits As They Hit The Sheets

After Ashland’s death, Victoria hasn’t dated anyone or had a chance to woo anyone. The only thing she did was concentrate on her business and plot against the betrayers. However, after Nate entered Newman Media, the show showed both of them in one frame on many occasions. In soaps, nothing is done without a motive. There is always a link to what the character talks about and how it is shown.

Speaking of Nate, he is also spending a lot of time with Victoria. Now that Victoria and Nate are going to LA for a business trip. The Young And The Restless spoilers hint that they might come dangerously close to each other. Since the two are flirting a bit with each other and both have similar views on the cooperate world, they might connect with each other instantly, and that might bring some sparks between them.

While Victoria has no partner, Nate is still with Elena. However, fans know that Nate is a character who betrayed his own family. So, it won’t be that difficult for him to betray Elena. Now that he is miles away from Elena, that will just add to his temptation to cheat. Looks like that is what might happen in the upcoming episodes. Victoria and Nate might come dangerously close to each other and hit the sheets at LA. If that happens, will Nate dump Elena and start a complex relationship with Victoria? We will know that soon. The Young And The Restless airs every weekdays on CBS. For more updates and spoilers, visit our website, TV Season & Spoilers.