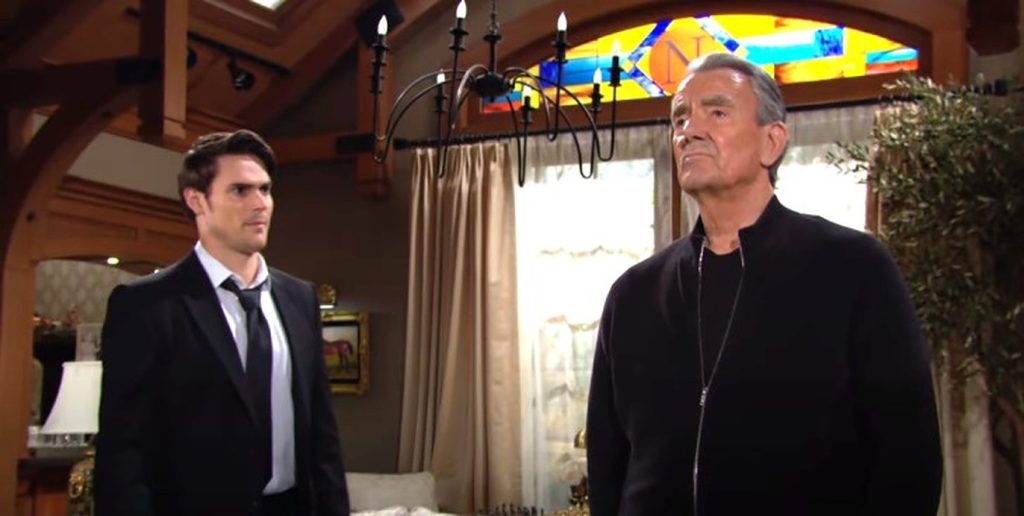 The Young And The Restless Preview For 2023: Newman Drama Erupts, Complicated Couples

The Young And The Restless 2023 preview reveals that there will be more business and family-related drama in the Newman family. While Victor continues to keep Nick and Adam away from Sally, she will be in a situation where Victor can’t even think of driving her out of town. On the other side, love stories will take a new turn for the worse when many couples start facing problems in their relationship. A love triangle of Billy, Lily, and Daniel is in the making. Keep reading to know what interesting and emotional elements the writers are going to add this year in Y&R.

Fans know Victor dislikes Sally and has been trying to plot a plan to drive her out of town, and this will continue in 2023. The Young And The Restless spoilers claim that Victor will continue to devise strategies against Sally. But before that, he will want to keep Adam and Nick away from her. It’s their obsession with Sally, Victor will notice that the work is also getting affected.

In the meantime, Victor will also wish to have Adam back in the family business. Fans know how Victor was unhappy with Victoria and Nick’s performance. He also didn’t like how Victoria hired Nate and is handling the whole business. So, he will want to bring Adam back to Newman Media. However, it won’t be that easy to bring Adam back to the office. Looks like Victor will arrange something that will interest Adam to come back and listen to his father. We have to wait to see what it could be.

Back with Sally, she will be worried and will want to know who is the father of her child. Since she slept with both Adam and Nick, she won’t know who the father could be. If it’s Nick, there won’t be any problem. However, if it’s Adam, then Nick won’t forgive her that easily. The kid will become a reminder of the time when Sally slept with Adam. Moreover, Adam won’t even leave her like that if he learns she is carrying his baby. We have to see what Sally will do now.

The Young And The Restless Spoilers: Love Is In The Air

Further, on The Young And The Restless, few couples will give serious thoughts to their future. Among them, Abby and Devon will finally surrender to their feelings for each other. Now that both of them are single, they will decide to give their love a chance. Elsewhere, Chance will also come closer to Sharon. After breaking up with Abby, things were extremely difficult for him. Other Y&R spoilers claim that Chance will do an investigation involving Diane and Jack, which will make him question his career. This is when Sharon will come to give him some quality advice. Will Chance and Sharon become the next hot couple in town?

Over with Billy and Chelsea, they will come closer to each other. Fans know that Lily suggested taking a break from Billy, but he certainly isn’t ready for that. Although he might try his best, Lily might just be interested in Daniel. Looks like Lily will get more attracted to her former lover, leaving Billy with no choice but to get closer to Chelsea.

Elsewhere, Jack and Diane will team up to drive Jeremy out of the town. While these two work with each other, they will grow closer. Jack already kissed Diane out of jealousy, so it’s a matter of time before he realizes he likes her and makes his move on her. On the other side, Phyllis, Nikki, and Ashley will continue to plot against Diane. Seeing Jack getting closer to Diane will just piss off Phyllis big time. This automatically will affect Kyle and Summer’s marriage. Since Kyle will support his mother, and Summer will support Phyllis. Will Kyle and Summer end their marriage because of their mothers?

The IPO drama will continue, which will cause more problems between Lily and Devon’s relationship. The Young And The Restless spoilers tease that Lily will want to bring Chancellor and Hamilton Winters together. But Devon will have other ideas. While these two argue on the business front, Nate will face a personal dilemma. Looks like Nate will realize that he shouldn’t have betrayed his family. Because of his betrayal, his cousins are falling apart.

While Nate struggles with his personal regret, he will also make some progress in his work. Victoria and Nate will work together, and sometime, they will even work overtime. The more Nate works with Victoria, the more his trust on her will increase. As for Victoria, she will also grow close to Nate. It won’t take that long for them to hit the sheets. Once they do it, Nate and Elena’s relationship will definitely will be in trouble.

Ashley and Tucker will continue to grow closer, but Ashley will shake things up a bit. The Young And The Restless spoilers suggest Ashley will devise a plan. All this while, Tucker has always thought that he has had an upper hand over Ashley. But she will soon make a move that he was not even expecting, ultimately shaking things up.

Over with Mariah and Tessa, they will also be excited to become parents if this time everything goes well. Sharon will come to support them in this, and Elena will also come to give them some advice. Finally, the show will celebrate Tracey Bergman’s 40 years of playing the character of Lauren. They will prepare an award show with a lot of surprising guests to celebrate her amazing journey. Stay tuned as Y&R will air more action-packed episodes in the coming weeks. The Young And The Restless airs every weekday on CBS. For more updates and spoilers, visit our website, TV Season & Spoilers.