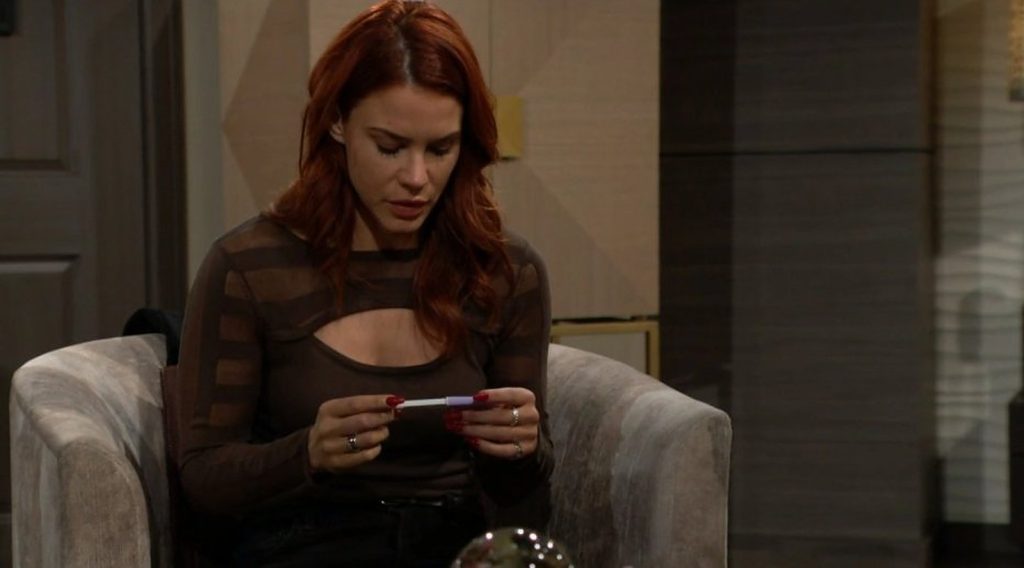 The Young And The Restless Spoilers For The Next Two Weeks (January 2-13, 2023): Sally’s Pregnancy Test Result, Devon-Lily Clash

The Young And The Restless spoilers for the next two weeks from January 2-13, 2023, reveal that Sally will get her pregnancy test results. While she fears for her future, Victor will devise a new plan to throw her out of the town. Elsewhere, Danny and Christine will also meet and chat about their life. On the other side of the town, Summer will rant about her problems to Daniel.

During the week of January 9-13, 2023, Victor will team up with someone. Chelsea will also get an unexpected visitor. Ashley and Tucker will continue to grow closer. Devon and Lily, they will have a clash. What could that be about? Keep reading to know what unfolds in the upcoming weeks in Y&R.

First, Sally will get her pregnancy test results. The Young And The Restless spoilers reveal Sally will indeed be pregnant. However, she won’t know who the father of her child is. Fans know she slept with Adam and Nick, so whoever it is, Sally is carrying Newman’s heir. Later, when she meets with Adam, she will wonder why he is being nice to her. To this, Adam will answer that she knows and will again try to convince her that Nick isn’t the one for her.

Speaking of Nick, he will be arguing with Victor, who will lecture him about staying away from Sally. Nick won’t like how his father is ordering and interfering in his personal life. So, he will ask him to mind his own business. Speaking of Victor, he will devise a plan to throw Sally out of town. However, he won’t know that she is carrying Newman’s heir, and by throwing her, he will also throw his grandchild out of Genoa City.

The Young And The Restless Spoilers: Danny Meets Christine

Next, Danny will finally meet with his former lover, Christine, after years. The Young And The Restless spoilers tease that Danny and Christine will chat about their past relationship and also about their life. Other spoilers tease Phyllis will come to know about this meeting and will be angry with Danny. She won’t like him meeting Christine at all.

Elsewhere, Summer and Daniel will have a conversation. Summer will rant about her problems to her brother. She will admit that she is having problems with Kyle due to Phyllis and Diane’s fighting. All that she is doing is for Kyle and Jack, but she is now done with it. So, Daniel will realize that his sister is facing some serious marriage problems.

Speaking of Diane, she will not only cause problems between Kyle and Summer but also between Jack and Ashley. Fans know that Ashley dislikes Diane, and the attention her brother is giving to her is pissing her off. On the other hand, Kyle is also worried about his mother despite of telling so many lies.

Across the town, Mariah, Tessa, and Sharon will have a conversation. They will reminisce about Rey, and Sharon will try to stay brave while discussing about him. Mariah and Tessa will also update about the adoption since they are in contact with a mother who is expecting to deliver her baby soon. The Young And The Restless spoilers say Delphine is the mother who might help Mariah and Tessa to get the baby. So, we have to wait to see if this is the time they really become parents.

Elsewhere, Billy will get quality advice from Chelsea. It could be about going back to Lily. Whatever the case, Billy will make another blunder and leave Lily to think that she has indeed made the right decision. Lily will eventually decides that leaving Billy is the right thing to do. So, will it be the end of Lily and Billy’s relationship? We will know that soon.

The Young And The Restless Spoilers For The Week Of January 9-13, 2023: Unexpected Visitor, Devon-Lily’s Clash

Next week, Chelsea will get an unexpected visitor. Fans know that she is going through a tough time in her life. All these days, Billy was there for her to keep a watch on her. So, we have to see if this unexpected visitor helps Chelsea’s out in her recovery or will cause more troubles to her.

Finally, Ashley will also grow closer to Tucker as they plot some plans. Devon and Lily will also have some clash in their business. Chances are that they might fight about their different opinion in IPO. Stay tuned and watch The Young And The Restless, it airs every weekdays on CBS. For more updates and spoilers, visit our website, TV Season & Spoilers.