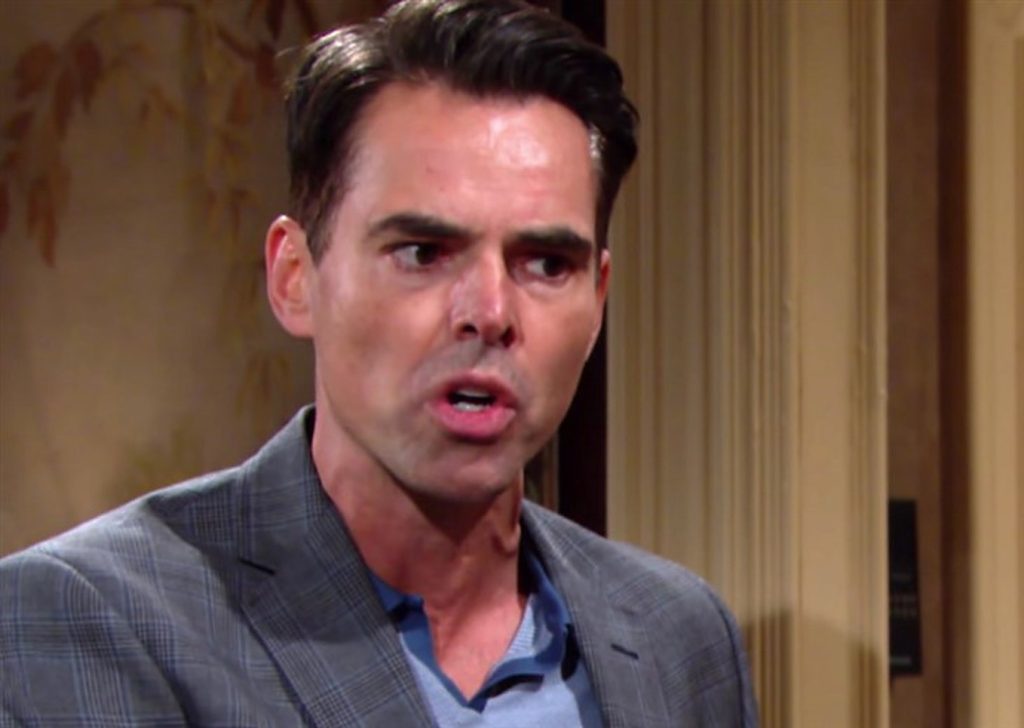 The Young And The Restless preview video for the week of October 10-14, 2022, tease that Lily and Devon will learn that Nate is scheming something behind their back. So, they will confront Nate regarding that. Over with Billy, he will question Chelsea’s intention to keep following Johnny. Elsewhere, Ashley and Tucker will also come face-to-face. Continue to read and find out what will uncover in next week’s Y&R episodes.

The Young And The Restless preview video for the week of October 10, 2022, starts with Lily and Devon questioning Nate on what he has been hiding these past few days. The Young And The Restless spoilers claim that Nate will confess to his plans. But, the clever Nate will only take smaller betrayals to surface just to hide the main takeover plans. His ultimate plan will be to deviate their suspicions to his other plans while protecting his alliance with Victoria.

But the real question over here is: Will Lily and Devon buy his admission? As for now, Nate already has one person who knows about his wicked plans apart from Victoria and Victor. That is, Elena. Other Y&R spoilers tease that now that Nate knows Devon suspects him, he won’t want to leave any crumbs. So, it would be time for him to take Elena to his side. Next week, Nate will ask for another chance from Elena. Will she agree to it? We will know that soon.

The Young And The Restless Spoilers: Billy Lashes Out At Chelsea

Further, on The Young And The Restless, Billy will find Chelsea in the park. The spoilers say that Johnny will complain to Billy about Chelsea camping at the park every day. When Billy witnesses Chelsea by himself, he will accuse her of chasing his son without respecting his privacy.

In the preview clips, Chelsea looks shocked to see Billy lashing out at her. Initially, Billy was the only person who went against Victoria’s opinion and supported Chelsea. However, he will clarify that his support doesn’t give her the right to chase Johnny desperately. Johnny is a child, so while dealing with him, she needs to be gentle. Chelsea’s desperation will only make things worse down the line.

Tucker has shared history with many Genoa City citizens. Of course, all of those memories are bad ones. Among them, Ashley tops the list since she was married to Tucker way back then. The Young And The Restless spoilers already hinted that Tucker will cross paths with Ashley. Well, indeed, he will. Fans can see in preview clips that he is talking with Ashley.

Once Tucker and Ashley come face- to-face, Ashley will question his intentions for coming back to the town. However, Tucker will ensure that he is just there to make up for his mistakes from the past. Ashley will, of course, doubt his intentions even though he says that he has changed. Other spoilers tease that Nikki and Phyllis will push Ashley to agree to Tucker’s reunion idea. Their ultimate plan will be to score dirt on Diane through him.

Ashley shares a traumatic past with Tucker. Just for the sake of prying information regarding her enemy, will it be safe for Ashley to take this risk? What are your thoughts on that? In the comments down below, tell us your opinion, and do not forget to watch the preview video. The Young And The Restless airs every weekday on CBS. For more updates and spoilers, visit our website, TV Season & Spoilers.