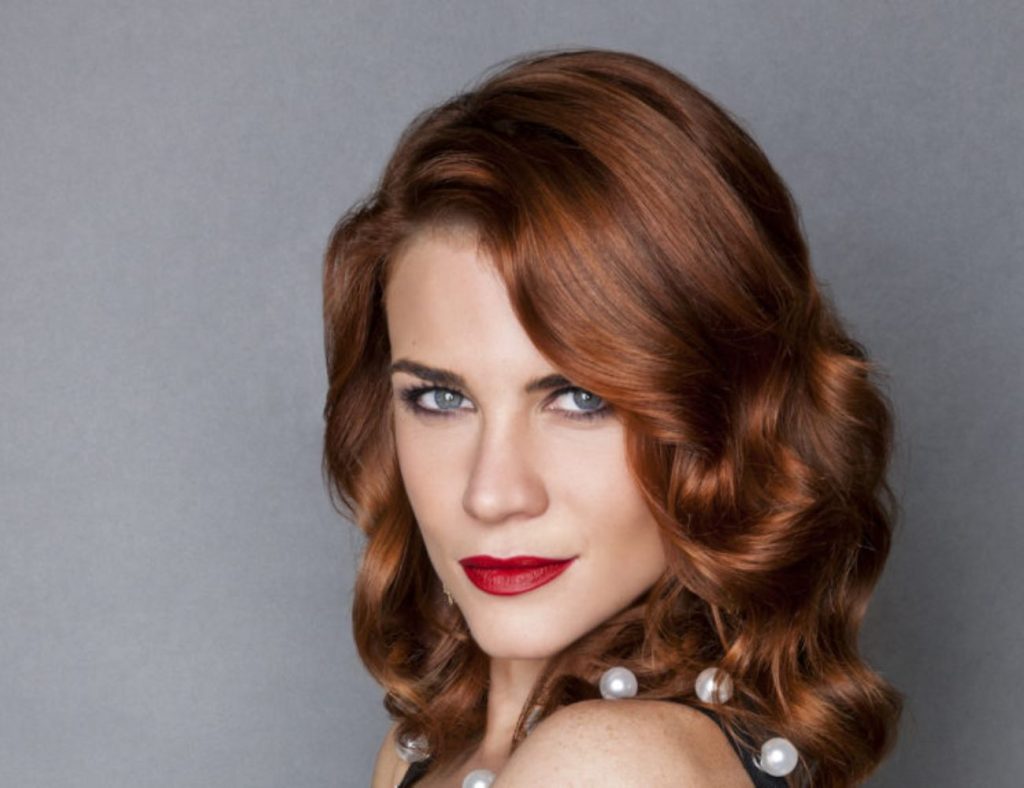 The Young And The Restless: Sally Fights Back, Gives Nate And Victoria A Run In Business

Sally Spectra is not one to stay pushed down for too long on The Young and The Restless. Victoria did her dirty by unjustly firing her from Newman Media. Even when Nick tried to convince his sister not to do it, she paid no heed. After all, she needed the CEO spot vacant to accommodate her ally, Nate Hastings. While, Sally felt in the dumps for a while, but it seems the spunky lass is all set to fight back with a new project! Victoria and Nate, you guys better watch your business, Sally is coming for you!

Sally has risen like a phoenix from the ruins before, too, she cannot remain devastated and in the runt forever. The sassy Spectra has decided to pull up her socks and get back to the world of business. Initially, Sally declined Nick’s help on The Young and The Restless, but he convinced her to accept his loan. After much contemplation, she has decided to give her career a second shot. The latest spoilers reveal that Sally has come up with an excellent business model to start work upon. The viability of it has blown away Nick’s mind. So while we don’t know what exactly it is, we can rest assured it’s something spectacular.

Our first instinct is to assume it would be a new edgy fashion line, in sync with our fashion Diva’s tastes on The Young and The Restless. However, spoilers suggest that Sally has moved past the whole fashion line thing. She is now thinking of something on a much grander scale. Assuming that she now has experience of the media world too, after her stint at Newman Media, her plan could be media related. Perhaps, it could be something that brings the best of both worlds together, fashion and media! We are so intrigued to find out what idea she has come up with! Is she planning to do something that puts her directly in competition with Victoria?

Sally Decides To Fight Back Thee Injustice, Victoria And Nate Watch Out!

Sally was kicking up a storm with her talent and capabilities at Newman Media on The Young and The Restless. So it came as a real shocker that Victoria wanted her out! However, it soon became clear that her reasons for the decision were more personal than professional. In fact, she was doing so well as the CEO that even Nate had to admit it. So, what Victoria did was not only unjust but counter-productive for her own company. Victoria surely will pay the price for this bad decision-making.

Every time Nate comes up with an idea or plan of action, he realizes Sally had already done something better in the same vicinity before him. So it’s obvious dear ol’ Nate can’t compete with Sally the storm! Moreover, now that Sally is coming up with her own venture and might become competitive, Nate will have a hard time combating her moves. Victoria too will soon realize what a grave mistake she has done by making Sally her competitor. So, Victoria and Nate better start thinking fast on their feet, or Sally will surely bulldozer them with her new business plans!

What do you think her new plans could be? Would you like to see her compete with Victoria and Nate and take them down a few notches? Please share your views in the comments. Meanwhile, stay tuned to CBS over weekdays to find out what Sally is up to on The Young and The Restless.