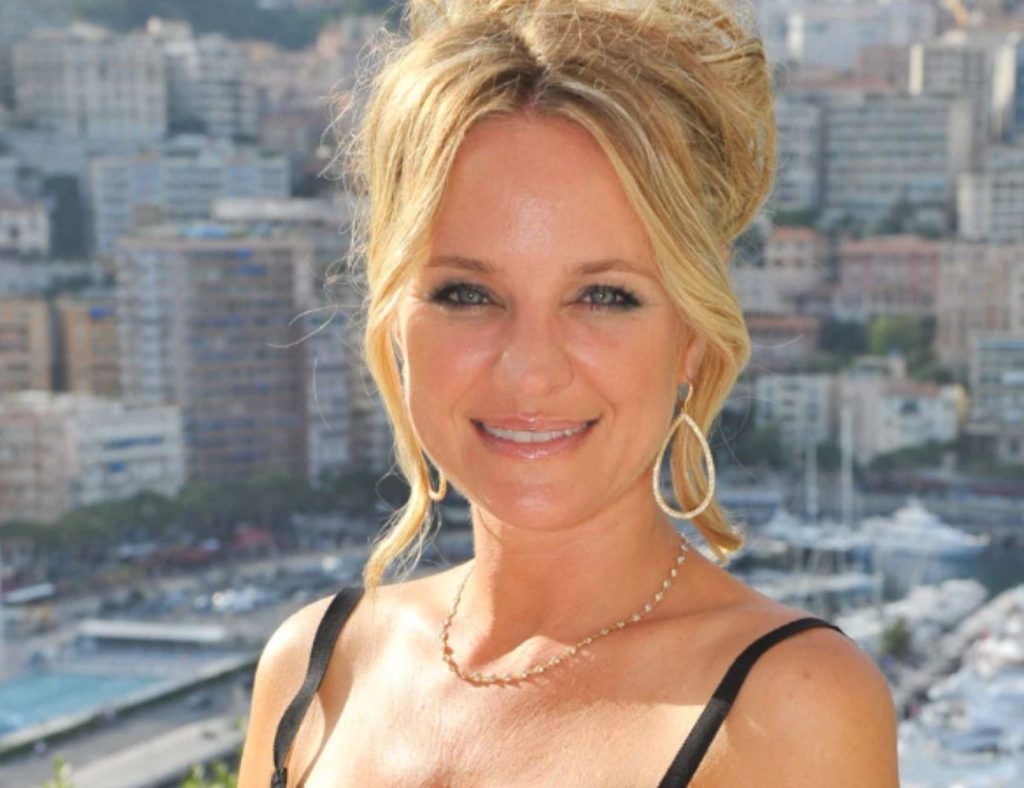 The Young And The Restless: Sharon Finds New LOVE!

Sharon Newman’s character has taken a sort of a backseat on The Young and The Restless off late. Ever since, she lost Rey tragically, She had been mourning him without much interest in any another man. However, her real life counterpart, actress Sharon Case has been spending a lot of quality time with an extremely special man. With all her love, she shared a glimpse of them together to her followers on Instagram. We bet you won’t be able to stop yourself from going awww! When you see it!

The Young and The Restless star posted a super adorable selfie on her Instagram account. Sharon is positively glowing

in the picture! She put a sticker on the snapshot which says “super dad,” and the location is set to Santa Barbara. Yes, the handsome man alongside Sharon is her dad! She captioned the picture, “Weekend pic with my dad.” Also, adding a bunch of hashtags saying best man, dad jokes, family, brunch, and laugh.

Fans lost no time before gathering in Sharon’s comments section to share their love. Some wrote how much they love watching her on The Young and The Restless. While, others were just happy to see Sharon spending quality time with her father. Reminding her (and all of us) that these are the moments to be cherished. Life goes by and moves too fast sometimes and we miss out on taking a minute to enjoy the stuff that really matters.

Another fan also wondered when will they see Sharon getting a partner on The Young and The Restless. However, Sharon had addressed this earlier in a chat with Soap Opera Digest. Sharon is glad that her on-screen alter ego is taking a break from romancing. Sharon believes it would be really unlike her character to not take time to grieve and jump right into another relationship. Post Rey, it’s important she spends time with herself and her kids.

Besides, Sharon does have her hands quite full on The Young and The Restless is the voice of reason for all her Geona City co-residents. They come to her for advice, and she is happy being their therapist as of now. May it be Nick or Adam, she is always there to listen to their issue and offer sound advice. However, we do hope Sharon, too, finds a stable romance in her life soon. Stay tuned to CBS over weekdays to find out what happens next in Sharon’s life on The Young and The Restless.