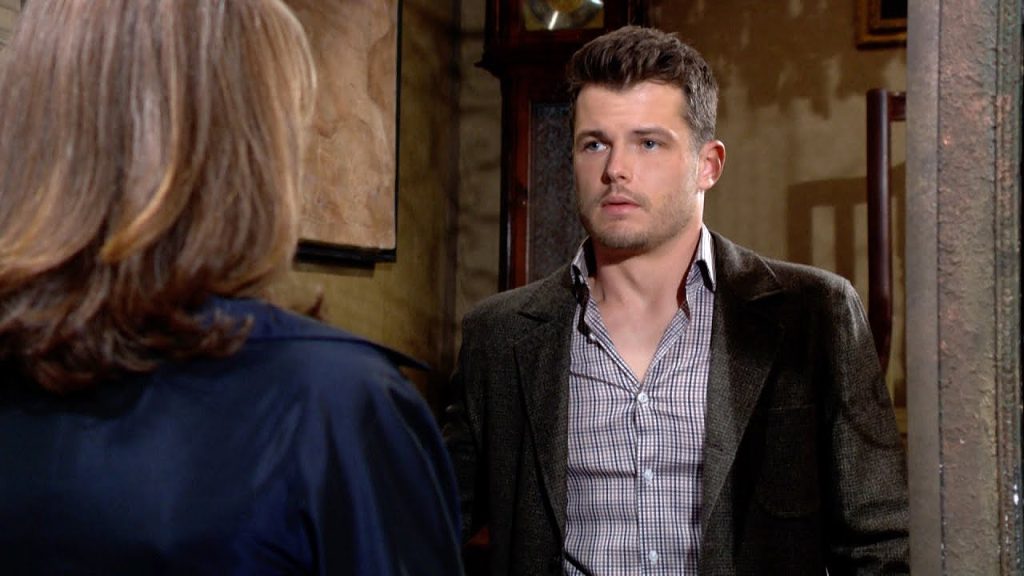 The Young And The Restless spoilers for December 1, 2022, tease that Kyle will interrupt Diane hugging Jack and will wonder if she knows what she is doing. However, Diane will spill another round of secrets that she was hiding. What could that be about? Elsewhere, Daniel and Lily will also talk about their past relationship and will come a bit closer to each other. Keep reading to know what is brewing in Genoa City in today’s episode.

First, Lily will again come across Daniel on Thursday’s episode. The Young And The Restless spoilers tease that Lily and Daniel will catch up about the recent happenings and will ultimately start talking about their past relationship. Fans know how Lily and Daniel were super obsessed with each other that they even tried to elope. So, they will talk about their past relationship and how things were at that time. As they reminisce on their past, it will naturally bring them more closer. Will this reignite some sparks between these ex-lovers? We will know that.

Even though Billy made a vow to prioritize Lily before, it’s sure it will break someday or the other. So, the time also sets perfectly to make a third party enter between Lily and Billy. This could definitely be Daniel if things keep on progressing between him and Lily. In the meantime, Billy will continue to help Chelsea with her recovery along with Chloe.

The Young And The Restless Spoilers: Diane Spills More Secrets

Next, Kyle will interrupt Diane and Jack, hugging each other. The Young And The Restless spoilers tease that Kyle won’t like Diane hugging Jack. He is indeed trying to trust Diane, but that doesn’t mean she can go on and not respect someone’s privacy. So, Kyle will inform Diane about it. However, Diane will have many more things to confess now that she knows her walls are crumbling down. She will know that Jeremy is released from prison much before than expected.

In the meantime, Phyllis and Nikki will also get the information about Jeremy. Despite Nikki’s warnings, Phyllis will somehow summon Jeremy to Genoa City. So, once he is in the town, Diane’s situation will get even worse. However, just like when Nikki and Phyllis were going to expose her

, she herself came to the ward and confessed her crimes to Jack. This time also, Diane is going to play the same victim card.

Other Y&R spoilers suggest Diane will spill more secrets to Kyle and Jack in today’s episode. Since Diane refused to give Jabot’s financial information to Tucker, he promptly gave away Jeremy’s detail to Ashley. So, Diane will now fret for her future and will show concern over Ashley, Nikki, and Phyllis’ next move. Hearing this, Kyle will again feel disappointed that his mother had even more secrets than he imagined. Whatever the case, Kyle and Jack will reassure Diane that they will take care of things and she need not to worry about anything. Even if Diane feels relieved, is she really out of danger now? We will know that soon. The Young And The Restless airs every weekdays on CBS. For more updates and spoilers, visit our website, TV Season & Spoilers.