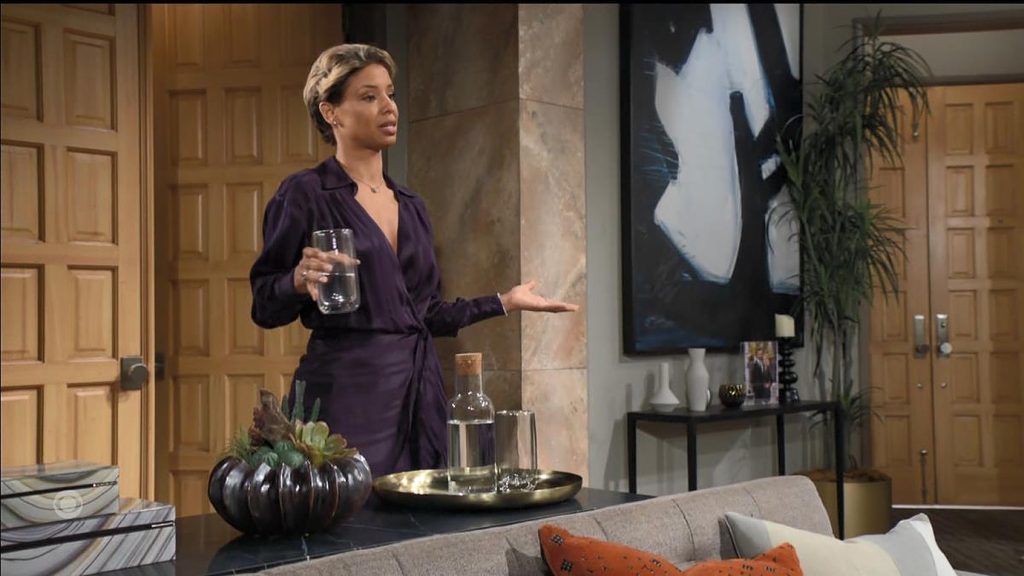 The Young And The Restless Spoilers For December 9, 2022: Jack Catches Jeremy & Diane Together, Nate And Elena Get In A Conflict

The Young And The Restless spoilers for December 9, 2022, claim Jack will catch Jeremy harassing Diane in the office. However, then something will happen that will confuse Jack and make him more suspicious. Across the town, Nate and Elena will again have some troubles when Nate gets influenced by Victoria again. Keep reading to know what is brewing in Genoa City in today’s episode.

At Jabot, Jack will be horrified to find Jeremy and Diane together. The Young And The Restless spoilers reveal Jeremy will harass Diane and will try to scare her off. However, Jack will land at the right time and will rescue Diane. He will threaten Jeremy to back off, or else he will call security and throw him out of the building. Jack will assume that Jeremy needs the money and will offer that he takes it and goes away. Although Diane was against Jack’s wish to give the criminal money, Jack won’t have any other choice left.

Looks like Jack will sense that Jeremy’s “unfinished business” isn’t only about getting his missing money back. He will feel like Jeremy has something eviler inside his mind, which he is hiding. Apart from that, even if Jack pays him the money, he can’t guarantee that Jeremy will leave his family or Diane safely. In the meantime, Tucker will also have a conversation with Ashley, where he will mention Jeremy. He will explain to her how Jeremy can be more of an advantage to him in a way.

Back with Diane, she will start packing her bags to leave the town. It won’t just be to keep her out of the mess but also to keep her family out of this. However, Jack will again intervene

and advise her not to make such decisions and run away from the problems.

The Young And The Restless Spoilers: Nate-Elena’s Relationship Crisis

Next, Nate will make a major change in Elena’s plans. No doubt, Victoria’s input will influence Nate big time again. The Young And The Restless spoilers show Nate’s change in plan will piss off Elena. It can either be about Elena’s podcast or her trip to LA with him. the latter one looks more convincing, though! Chances are there that Victoria might not want Elena to come for the business trip. So, Nate will also agree to it and ask Elena to call off the plan. Whatever the case, Elena will surely feel that Victoria wants something more than a business relationship with Nate. He will continue to deny it and ask her to trust him.

Finally, Chance will also make a bold move. He will share his ordeal with Sharon and will move on with the divorce papers. Other spoilers tease Chance and Sharon might come closer and also share a kiss. But that won’t be happening anytime sooner. Stay tuned as DOOL will air more action-packed episodes. The Young And The Restless which airs every weekdays on CBS. For more updates and spoilers, visit our website, TV Season & Spoilers.