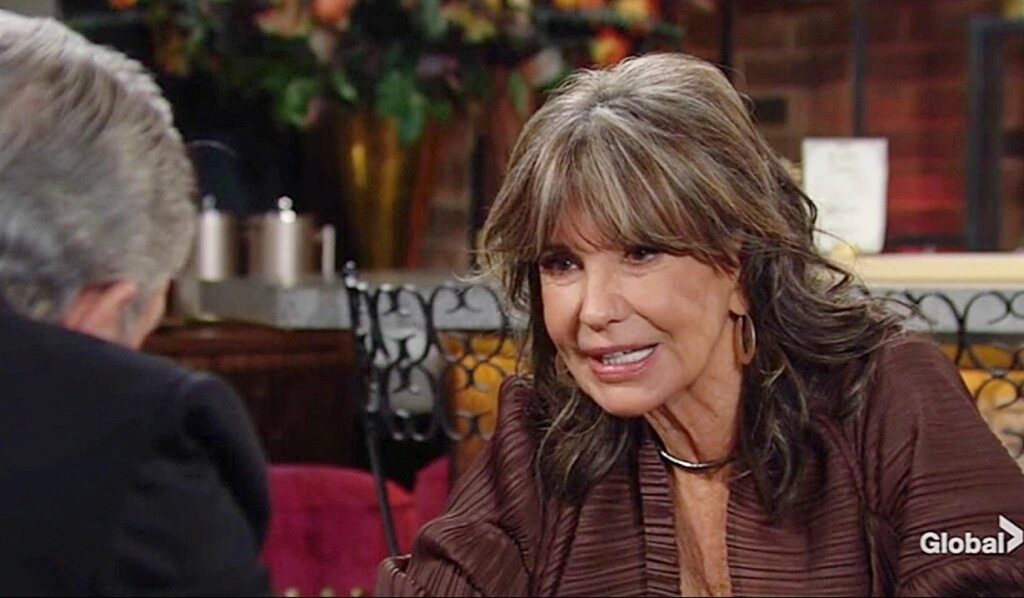 The Young And The Restless spoilers for January 23, 2023, suggest Nick and Victor will have a conversation with each other. Nick will be rather interested in knowing what Victor is plotting nowadays. While he tries to pry information from him, he will make sure he doesn’t reveal his secret. Nick will keep Sally’s pregnancy under wraps until he finds a way to handle it. Let’s read further to know what emotional drama Y&R has to offer in Monday’s episode.

On Monday, Nick and Victor will have a conversation. The Young And The Restless spoilers reveal that Nick will want to pry information from his father. He knows that his father wants his evil brother back in Newman Media

. So, he will ask his father what plotting and scheming he is doing nowadays. As for Victor, he will have another plan in motion, which Kyle will take care of. Whatever they do, Nick will know that bringing Adam into the family business is like inviting trouble. So, he will

While Nick wants to know what others are doing, he will make sure his secret is kept under wraps. Sally’s pregnancy is like an ultimate game-changer. If the bomb explodes, it will cause all kinds of problems to his family. Until now, Adam isn’t aware of Sally’s pregnancy, and just days before, he finally accepted that he won’t get her back in his life. Once he knows the truth, he will surely try to patch things up with Sally again.

The Young And The Restless Spoilers: Jill’s Major Decision

Further, Jill will have to make a major decision regarding Daniel’s gaming project. The Young And The Restless spoilers say that Victor will have a plan in mind and seek help from Jill regarding it. Since he wants to bring back his son, he will want to have some appealing projects, which Adam won’t be able to deny. So, he will want to buy Daniel’s gaming project from Chancellor-Winters. Fans know how much Daniel is wishing to fulfill his dream through that project.

Whether the project incurs loss or not, Victor won’t be interested in knowing all that. He will just want to use it as bait to lure Adam into Newman Media again. In the meantime, Daniel will also struggle in his business venture and discuss it with his mother about it. Tucker will somehow overhear her conversation and offer to help Daniel out. The spoilers say Daniel will eventually decide to take the risk and team up with Tucker to save his dream project.

It will be interesting to see how Victor will react to all this. Fans know that he wants Tucker out of the town as soon as possible. How will he react to his rival teaming up with Daniel to save the project which he desires to buy? Wait and watch The Young And The Restless, it airs every weekday on CBS. For more updates and spoilers, visit our website, TV Season & Spoilers.