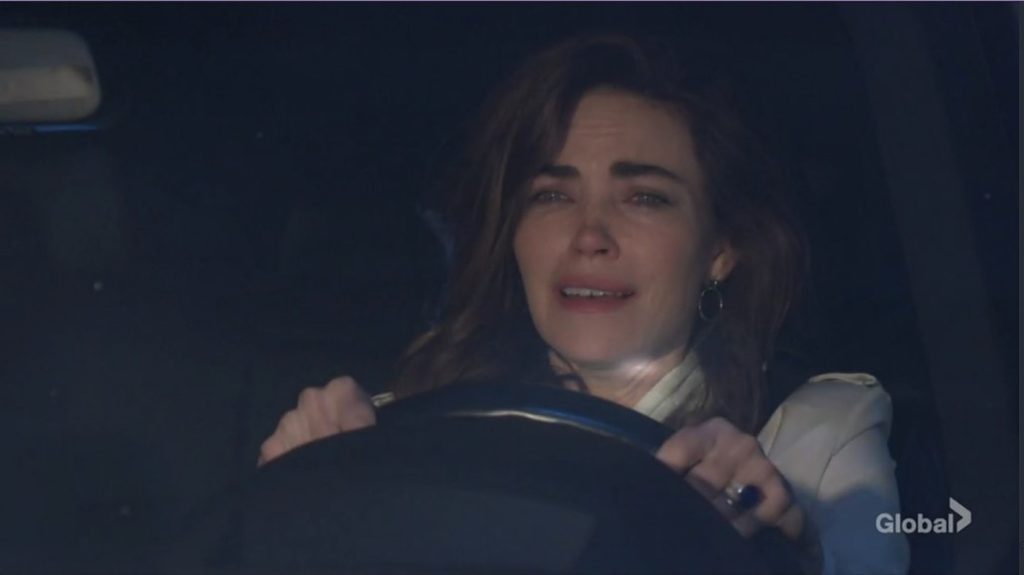 The Young and the Restless Spoilers For the Next Two Weeks (April 18-29, 2022) are out, revealing that lots of discussion and drama are back on the deck. In the week of April 18-22, 2022, we will see Ashland signing the deal with Adam and Victor. Then, Chelsea will seek Sharon’s permission for something. Viewers will also see Nick sharing some news while Sally confesses her love for Adam. So, it will be fun watching.

Next week, starting from April 25-29, 2022, Victor will warn Adam about Chelsea. Then, Diane and Kyle will return to Genoa City while Sharon gets an invitation. What would it be about? Here is everything about it all.

Starting off the week of 18-22, 2022, Ashland will sign the documents of the deal that Adam offered him. This means that Ashland will give up the control of Newman-Locke and give Victoria an annulment in return for half a billion dollars. Even though Ashland was under the impression that Victoria would run away with him after all this, she would come clean to Ashland about something.

It seems like Victoria will tell Ashland that all of this was an act to deceive Ashland and end his relationship with him. Nevertheless, Ashland won’t just give up and might try to fix things with Victoria again. In addition, he might get to something heroic in this storyline in the coming week.

The Young And The Restless: Chelsea And Sharon’s Conversation

Next on Y&R, Chelsea will seek Sharon’s permission to take Rey on the Chicago trip. Rey will be excited about the Blackhawks game, but he might not make it there. The viewers keeping up with the show know that an accident is coming up which will potentially occur because of Victoria.

There is a possibility that she will be blamed for the same. We know that Rey’s exit is also coming up, so this will be the storyline of his exit. Sharon will have a deja vu about a car accident in which Cassie Newman died, so she will be terrified.

Moving forward in the week, Ashland will do something when all this car accident drama starts. We might see Locke dragging Victoria out of the car before it bursts into flames. This car accident will involve a lot of characters from the soap. Even though Ashland will be able to save Victoria’s life, Victor will tell him that a deal is a deal and the Lockeness monster should leave Genoa City. It seems like Ashland will not go anywhere and use this opportunity to crawl back into Victoria’s heart.

More The Young & The Restless spoilers suggest that Sally Spectra will confess her love for Adam. Moreover, Adam will also be positive about their relationship. But he might decide to be there for Chelsea right after the accident. The spoilers tease that Adam will be there for Chelsea, which will leave Sally concerned about the former flames reconnecting.

The Young & The Restless Spoilers For The Week of April 25-29, 2022: Victor Warns Adam, Sharon Gets An Invitation

In the week of April 25-29, 2022, Victor will warn Adam about the possible reunion of Adam and Chelsea. Victor might remind Adam about all the damage that Chelsea has done previously in his life. Even though Victor hates Sally, he hates Chelsea even more. But, Adam will argue that Chelsea is the mother of his child, so he needs to be there for her.

Next on Y&R, Nikki Newman will meet Diane Jenkins, which will again bring a heated confrontation. Not just Diane but Kyle Abbott will also arrive in Genoa City with his son, Harrison.

Then, Jack will fill in Kyle with all the details about his mother’s return from the dead. This information will obviously hit Kyle like a rock, and he will have tough emotions to deal with. It looks like Kyle will have a hard time

as soon as he arrives.

Rounding off The Young & The Restless spoilers, Sharon will get an invitation. We know that Rey will be fighting for his life, and he might take some help to recreate his honeymoon with Sharon in his room.

There will be some bittersweet moments between Sharon and Rey as he will want to spend his last moments with his wife. There are also chances that Sharon will get the invitation late, and Rey will be dead by then. She will be heartbroken and devastated over losing her husband.

Regardless, the next few days will be full of action and drama. We will see Allie coming to Genoa City very soon. New storylines are developing everywhere in Genoa city. In the meantime, TV Season & Spoilers will keep you updated about all the happenings of the soap opera. The Young and The Restless airs on CBS all weekdays.