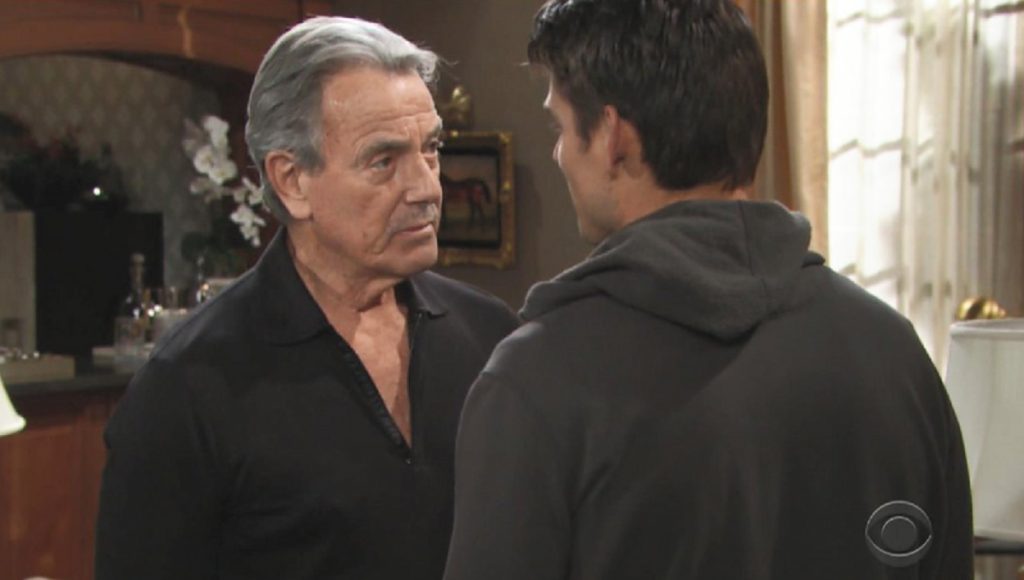 The Young And The Restless Spoilers For Next Two Weeks (August 29- September 9, 2022): Victor Punishes Adam, Nate And Imani Surrender Into Temptation

The Young And The Restless spoilers for the upcoming two weeks, starting August 29, 2022, to September 9, 2022, reveal that Kyle will fear for his father, Jack. Next, Noah will discuss his past with Allie. As for Talia, she will cross paths with Diane, which will end with Diane being very suspicious. Lastly, Victor will get frustrated with Adam. He will decide to make Adam learn a good lesson.

During the week of September 5-9, 2022, Nick will worry for Victoria. On the other end, Kyle will keep some secrets from Summer. Meanwhile, Nate will get super close to Imani in the next week and this story arc is going to take an interesting turn. Stay tuned and read the whole article for a better understanding of the upcoming plot.

The Young And The Restless Spoilers For The Week Of August 29- September 3, 2022: Diane Stumbles Upon Talia; Kyle Fears For Jack

The Young And The Restless viewers know that Talia is already writing a juicy story on Diane. In the forthcoming week of August 29, 2022, she will cross paths with Talia at The Society. Diane will find her rather interesting and will be curious to know her motives. After getting the hint, she will also provide Talia with her own narrative. Whatever it is, Talia is not going to back off. She knows her readers and is hell-bent on providing them with a juicy story. So, Talia will be after Diane

in the upcoming days.

Over with Traci, she will push Jack to open up about his feelings for Diane. Later, Jack will tell her that he is willing to forgive Diane. When Kyle learns about this, he will fear for his father. It is teased that Kyle will know that Jack will fall hard for Diane this time if he forgives her.

Further on The Young And The Restless, Phyllis will also meet with Talia. They both will have a meeting to discuss the further moves. Phyllis will be everywhere in this week because after meeting Talia, she will also decide to meet Nick. She needs to settle a debt with Nick, as she helped him by keeping his secrets.

Elsewhere, Noah and Allie will come even closer. Now that they have leveled up their relationship, Noah will open up to Allie. It is teased that Noah will share more about his past to make Allie understand him much better.

The Young And The Restless Spoilers: Victor Decides To Punish Adam

Next, Victor gets frustrated with Adam’s tricks. The Young And The Restless spoilers for the week of August 29, 2022, claim that Victor will decide to punish Adam. He is be so done with his son and will want to teach him a lesson. Whatever Victor does, Adam is already plotting against Victor. It looks like this father-son duo will go head to head. Who will be the ultimate winner? We will know that.

On the end of the town, Chance will give make an excuse and bail out on Dominic’s first birthday party. This will make Abby furious and later cause issues between them. Moreover, The Young And The Restless spoilers say that Chance will cross paths with Chelsea. He will offer some comforting words after knowing Chelsea’s recent setback.

The Young And The Restless Spoilers For The Week of September 5, 2022: Mariah And Tessa Fight Another Battle, Victor Is Worried

As we move into the week of Sepetmber 5, 2022, Tessa and Mariah will have another issue that they will have to deal with. The Young And The Restless spoilers hint that this might be something related to their modeling contract at Marchetti.

There are more Victor-related spoilers as he will get some updates which will make him worry a bit. This might be either about Adam or Victoria’s new business plan. Even though Victor is proud of his daring daughter, he will still be ready to save her in case she fails. However, Nick is concerned about his sister. He will feel that Victoria is taking bigger steps even without knowing if she’ll be able to live up to it.

Across the town, Kyle will keep some secrets from Summer. This might be either about Jack-Diane’s closeness or some other surprise. It is speculated that Kyle might plan a surprise vacation for Summer soon. So, fans can also expect a hidden ticket to Italy.

On the end of Genoa City, Nate will show a new version of himself to everyone. The Young and the Restless spoilers for the week of September 3, 2022, suggest that Nate will become a totally different person, attitude-wise. He will be frustrated and angry. While he will be dealing with this, he will continue coming closer to Imani. This will lead to troubles in his relationship with Elena. The Young And The Restless spoilers say that Nate will surrender to Imani in the upcoming week. As a result, Elena will be corned to the edge.

Speaking of Imani, Denise Boutte will replace Leigh Ann Rose for a temporary period. Denise’s airdate will be on September 6, 2022. Not only that, TV Seasons & Spoilers had reported that Johnny Abbott is being recast. Paxton Mishkind will play the role of Johnny starting from September 8, 2022. Now that Johnny’s character is coming into the storyline expect to have more twists.

Possibilities are there that Chelsea might spill the beans of the biological mother to Johnny soon. Once she does that, Victoria will fume in rage. Whatever it is, Y&R will bring more action-packed episodes in the upcoming weeks. Stay tuned and watch The Young And The Restless, which airs every weekday on CBS. For more information on updates and spoilers, visit our website, TV Season & Spoilers.