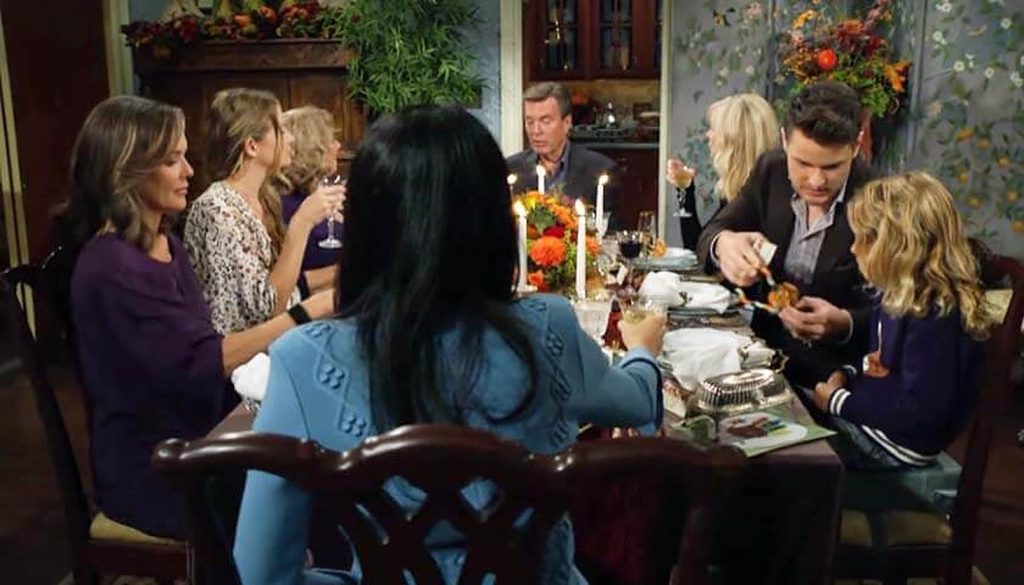 The Young And The Restless Spoilers For November 23, 2022: Kyle Wants Diane At The Dinner, Victor Finds Dirt On Sally

The Young And The Restless spoilers for November 23, 2022, reveal that Kyle will want Diane to be also present at the family dinner. So, Jack will invite her, but Ashley and Summer will remain irritated with her presence. On the other end, Victor will interfere when Adam’s and Nick’s argument will increase. Now, Victor will decide to take a bold step that will have to do something with Sally. Keep reading and discover what is brewing in Genoa City in today’s episode.

At the Abbott house, Ashley will fume in rage when she finds Diane was invited. The Young And The Restless spoilers tease that Kyle will want to call his mother also for the party. So, Jack will invite her to be with them. Since Ashley knows that Diane is putting up a façade, she won’t understand why Jack is too flexible with her. Later, Jack will ask everyone to use this opportunity to speak about something they were very thankful for this year.

No doubt, Diane will use this opportunity to speak about her bond with Kyle and Jack. The fact that they were forgiving and let her inside their life is what she will be thankful for. This will just spark more anger in Ashley since she knows she is just lying. Whatever the case, this Thanksgiving will also show some sweet scenes in the Abbott family despite the tension. So, stay tuned for that.

Across the town, Phyllis will also get a sweet surprise this Thanksgiving. As shown in the preview clips, Daniel will be back in town. So, he will now surprise Phyllis with his presence. She will be thrilled to meet her son after years. Not just that, but she will also catch up on the things he has done in life after leaving Genoa City. So, fans will see a mother-son bond.

The Young And The Restless Spoilers: Victor Finds Dirt

Further, on The Young And The Restless, Victor will decide to interfere in Nick and Adam’s issue with Sally. Fans know that Victor has never liked Sally. Apart from that, he also warned Nick to back off since Adam already had feelings for her. But Nick didn’t listen to him. Now that Adam has proposed to Sally for marriage, Nick is super mad at his brother. So, Victor will finally decide to intervene in this whole issue.

He will ask his sons to keep calm till at least during Thanksgiving. So, they both will have to obey what the father said. In the meantime, Victor will also make a major decision regarding throwing Sally from both of his son’s life. So, he will now start to find some dirt on Sally’s past. Something so sinister that will change Adam and Nick’s minds, and they themselves decide to leave Sally. Whatever the case, Victor will first focus on Nikki and the celebrations for this Thanksgiving. Stay tuned, as Y&R will bring more action-packed episodes in the upcoming weeks. The Young And The Restless airs every weekday on CBS. For more updates and spoilers, visit our website, TV Season & Spoilers.