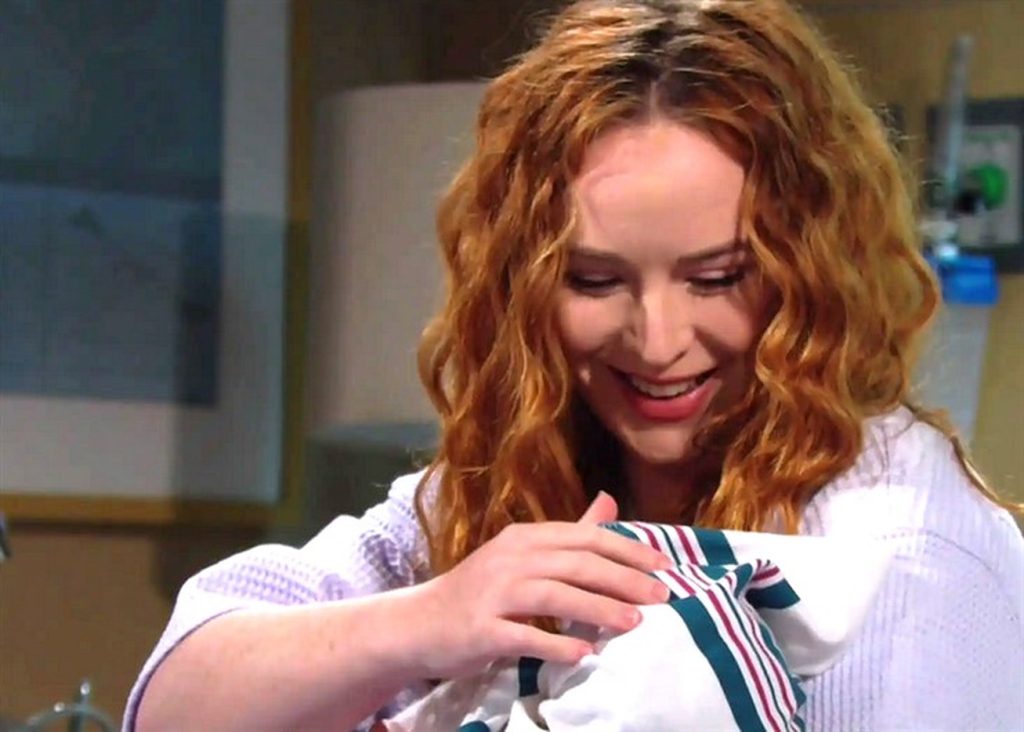 The Young And The Restless spoilers for the month of November 2022 tease that Phyllis, Nikki, and Ashley will expose Diane, which will put her world upside down. On the other end, Adam and Nick will continue to fight for Sally, which will force Victor to take action. Over with Tessa and Mariah, they will start with their motherhood. Does that mean they will get a bay to adopt finally? Keep reading to know what Y&R has in store for the viewers this November.

This November 2022, Nate will officially start with his CEO position at Newman Media. Initially, he will have to tackle some problems with assignments. The Young And The Restless spoilers tease that Nate will have to repair his problems with Elena apart from work. However, on the family front, Devon and Lily will remain convinced of their decision to cut ties with him. Given how much damage Nate has caused to Chancellor-Winters, the decision is comparatively less. At least Devon and Lily are scooping low like Nate and plotting a revenge against him like how he is doing. However, for Nate, his priority will also be Elena. Will Nate be able to sort things out with her?

Back with Devon, he has been facing a lot of problems with his long-distance relationship with Amanda. The spoilers tease that Devon will share his ordeal with someone. Even though he understands why Amanda is staying with Naya, he may admit that it is getting harder for him. Now the real question is: Who will be the one with whom he is discussing his problems? It might be Lily, Abby, or even Elena.

Since Elena is set to return to Genoa City from Baltimore soon. Fans know that Elena was Devon’s former flame, and they both are pissed with Nate. So, Elena will sit perfectly in the storyline to listen to Devon’s rant. Nate certainly won’t like it if he sees Elena serving a shoulder for Devon to cry. This will ultimately lead to Nate losing his mind since he wants to get back with Elena. Speaking of Lily, her relationship with Billy will get worse. When Billy comforts Chelsea again, Lily will fume in rage, which will take a toll on their relationship.

The Young And The Restless Spoilers: Phyllis-Ashley-Nikki Expose Diane

First, Daniel will be back, so Phyllis will catch up with him and learn about the changes in his life. After that, Phyllis will have something more important to look into. Over with Diane, she knows that she is in big trouble with Phyllis, Ashely, and Nikki are hell-bent to expose her. Now that Diane has also come clean about her connections with Tucker, she will want to prove herself even more.

The Young And The Restless spoilers tease that Diane will work overtime to regain both Kyle’s and Jack’s trust. However, Jack will continue to struggle with his feelings for Diane. Looks like Jack will decide to protect Kyle from getting hurt again. Jack knows something bad is going to happen. So, he will try to protect his son’s feelings first.

Looks like the month of November will be extremely dangerous for Diane. What Jack was scared about will happen next month. Phyllis, Nikki, and Ashley will finally expose Diane. As of now, we know all the evidence that Nikki has got against Diane. However, with Jeremy’s entry, fans were wondering if he will help Nikki in exposing Diane or will save Diane from the gang. One of the Y&R weekly spoilers did mention that Nikki will be the one who summoned Jeremy.

In that case, it looks like Jeremy will join Team Nikki and help her take down Diane. However, in all this Tucker might also have a role to play since he wants to impress Ashley. We will have to wait to see what Tucker’s next move will be. Whatever the case, this whole drama will also create friction in Summer and Kyle’s marriage.

Speaking of Tucker, Victor will want to know why Tucker has come to GC all of a sudden. So, he will assign Michael to dig deeper and find the reason. Fans know Tucker wants to take down Chancellor-Winters and get back with Ashley. Other spoilers tease that Tucker and Ashley’s game of cat and mouse will continue for some time. But there are chances that Ashley might want to know her feelings for him.

Further on The Young And The Restless, Adam, and Nick will continue to fight over their issue with Sally. Fans already saw how Victoria and Nikki disliked Nick loving Sally despite of knowing that Adam likes her. However, Nick won’t budge and will continue to let his personal life come into his professional life. Whatever the case, looks like Chancellor-Winters will threaten to jeopardize Newman Media. So, Victor will come to save his business. Will Nick’s inability to focus on work anger Victor? Well, given how Victor is, that is obvious to happen.

Elsewhere, Mariah and Tessa will finally start their motherhood. Previously we saw how they got a good news about a mother willing to give her child to them. Looks like they will get the baby and will start a new life. Over with Abby and Chance, they will continue to have friction in their life. Chance will also prioritize his job over family. However, there are some shockers that this couple will face. Stay tuned and watch The Young And The Restless, it airs every weekday on CBS. For more updates and spoilers, visit our website, TV Season & Spoilers.