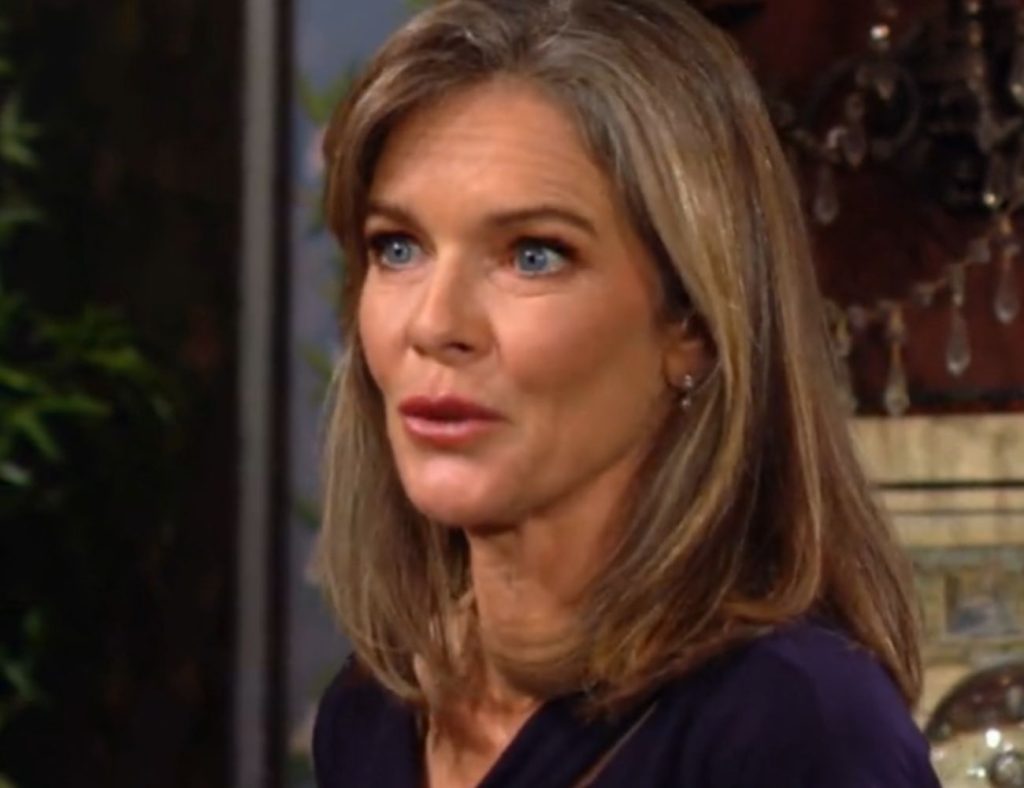 The Young And The Restless: Walls Comes Crashing On Diane Jenkins, LEAVES Genoa City To Escape

The Young And The Restless spoilers tease that Diane might soon need to pack her bags and leave Genoa City. Even though Kyle promised to stay by her side, everything might change when Jeremy lands in Genoa City. The person he goes to meet will be Diane. So, we have to see how that all pans out and what makes Diane leave the town. Keep reading to know what might happen next.

Diane’s Enemies Are On the Rise! What’s Her Next Plan?

The Young and the Restless fans know that Nikki, Phyllis, and Ashley have put and are still putting to drive Diane off the town. The Young And The Restless already showed Nikki meeting Deacon and prying information from him. Well, that wasn’t the end since Phyllis was also investigating from her side. However, Diane’s wall started to crumble when Tucker made a heroic entry by Helicopter and landed in Genoa City.

Diane was taken aback when she saw her then partner-in-crime, Tucker, infront of her. She was already facing problems with the women in town and now this man. Diane was really pissed off when all her walls were, little by little, crumbling down in front of her. Things took a turn for the worse when Diane wasn’t able to provide Jabot’s financial info to Tucker. It was enough to give Tucker a reason to retaliate against Diane and break their partnership.

Diane knows that Tucker is the key who can spill the beans and remove her façade in front of Kyle and Jack. So, she is at a point where everything might crumble down, and Diane might get exposed! Even though Diane confessed some of the information in front of Jack, fans know that it was not even a half percent of what she has done. Above that, she tried to fool him by playing the victim card. However, the spoilers tease that Diane’s problem will reach another peak when Jeremy will enter the canvas. What will Diane do after that, leave the town? Let’s discuss what might happen.

The Young And The Restless Spoilers: Jeremy Enters, Diane Decides To Pack Her Bag!

The Young And The Restless spoilers already teased that Jeremy will enter the canvas soon. Looks like it is time that he makes his debut on-screen. The spoilers suggest Jeremy will land at Abbott’s doorstep when Diane will be alone in the house. Once she goes to open the door, she will be shocked to the core to find Jeremy standing there.

The timing will be terrible since many of the people are scheming to throw Diane out of town. Looks like this is what might happen in the upcoming weeks. Diane made some kind of deal to put Jeremy in prison. Now that Jeremy is released on time, he will come to meet Diane to settle some unfinished business. Although Kyle and Jack promised to help Diane, they might also back off in the end when they discover more lies.

Ultimately, once all the problems will start mounting up, Diane will be left with no choice. Looks like Diane might eventually decide to leave Genoa City and will start packing for it. Jeremy’s arrival might become the base for Diane to leave the town. It will be interesting to see how Phyllis, Nikki, and Ashley react to it. Stay tuned and watch The Young And The Restless, it airs on CBS. For more updates and spoilers, visit our website, TV Season & Spoilers.