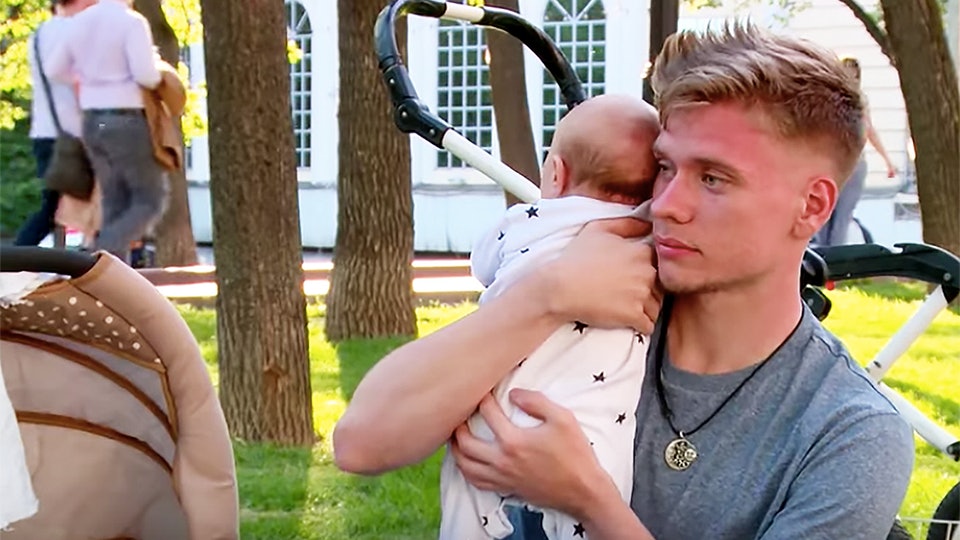 90 Day Fiance: Death Threats To Steven Frend, Is He Really That Bad?

If we talk about the most hated contestants on 90 Day Fiance, Steven Frend will definitely top the list. Because of the treatment, he has been giving to Olga Koshimbetova, Steven is definitely in the bad books of the fans. The hatred has risen to such an extent that the star has been receiving death threats. Since the dislike has crossed a line, Steven had to take measures to stay safe in the middle of all the hatred flying around.

90 Day Fiance: Does TLC deserve To Be Blamed For Steven’s Situation?

Steven has been receiving a lot of criticism from fans for the way he treats Olga. He accuses her of not giving him enough attention since they had a baby. But as we all know, TLC is always after immense drama. Viewers see what TLC shows them. This raises a question, is what we are seeing on TV really going on in their life? Or is it a disguised attempt by TLC to raise the TRP?
Most of the cast members have also been complaining about the major edits in the way their lives are being portrayed by TLC. An insider claims that the scenes of Olga and her son had been greatly influenced by the editing and production. According to reports, Steven and Olga visited the US embassy but TLC showed Olga’s sad face as though nothing good is going on in the couple’s life. She also looked a little afraid.
https://www.instagram.com/p/BsBTK53AICm/?utm_source=ig_web_copy_link

Earlier, Steven admitted that a part of his behavior towards Olga wasn’t right. He should have apologized for the rude treatment he inflicted on Olga. The production goes on for hours but somehow TLC has managed to display Steven in a bad light. The entire content is heavily cut down and edited to show only those portions capable of gaining huge TRP. In fact, an entire context between the young couple never aired.
From Olga’s Instagram post regarding the time of her labor, it is clear that Steven is not as evil as TLC is portraying him to be. In this case, it is quite evident that TLC’s reputation for crossing limits to gain ratings is true to a great extent. We are not saying that Steven is totally innocent. But he is not as evil as TLC is trying to show. An insider reported that some of the lines were scripted and Steven was influenced to say them.

From her Instagram post, it is clear that Olga is not as angry at Steven as fans. No matter what we see on TV, one fact that has been consistent throughout is that Olga has never left the side

of her beloved significant other.
https://www.instagram.com/p/BqWKBT5gJVc/?utm_source=ig_web_copy_link

Steven In Disguise Because Of The Death Threats

Tired of the harassment and threats from viewers, Steven has adopted a new look and is in disguise. What do you think? Is Steven’s reputation overexaggerated by TLC for TRPs of 90 Day Fiance? Let us know in the comments below.