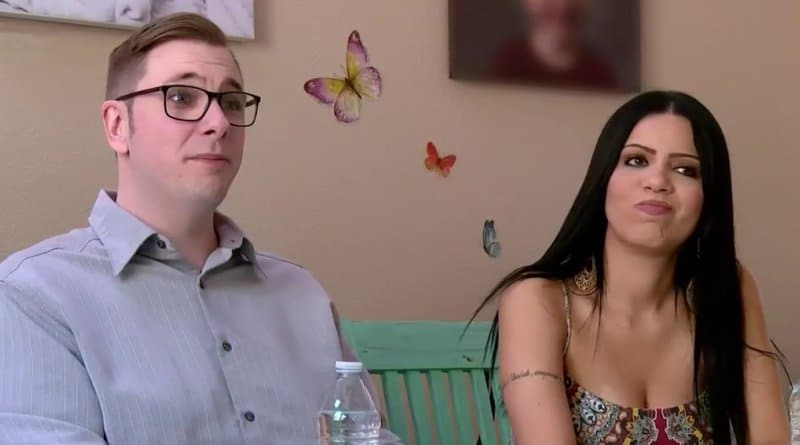 The body shaming incident highlighted the first part of the tell-all 90 Day Fiance episode. Fernanda and Ashley targeted Larissa by commenting on her body and traits which converted the episode into a full mean girls’ drama. Although this seems too spicy to be true to some viewers. Since TLC has a history to fake stuff for high TRP, this might be one of those times when the rumors might be right.
In order to boost the element of drama on the show, it is a possibility that TLC took to orchestrating a series of dumbstruck events to revolve them around the entertainment buzz.

90 Day Fiance: Is TLC Setting a Trap For The Bride and The Groom?

The famous incident about Larissa and Colt being late made to the top of the entertainment news this month. The entire cast became restless and passed negative comments about the couple while on the wait. Is it possible that TLC spun the whole thing by bringing the two into the radar? Let’s take a detailed look.
Larissa and Fernanda had been on bad terms lately. Even before the tell-all episode, Fernanda called out Larissa on a heated Twitter feud. An interesting fact to take into account is that Colt and Larissa didn’t even catch their plane before just 40 minutes to the broadcast of the episode. It is likely that TLC held them up in order to schedule a fight and some buzz. We don’t know for sure but if this is the case, it definitely succeeded in igniting an on-screen as well as the backstage war between the ladies.

There were a couple of breaks in the production itself. But the cast was already fueled up by the time Colt and Larissa arrived. They even thought they were late on purpose for their own personal benefits. Larissa’s arrest and the filming coincided. The rest of the cast also noticed how such an attitude reflected on Larissa’s reputation. When Larissa was involved in a dispute with Colt’s cousin, he was always too drunk.

The overall situation was tense enough only for Larissa to discover that all her luggage got lost. Colt’s luggage arrived intact, but the bag in which Larissa’s clothes and makeup were kept was gone. Maybe this is the reason why she took forever to pick her outfit. Did TLC plan this further sabotage to give the co-stars a reason to be mad at the couple?

Larissa married Colty and she’s worried about someone making fun of her clothes? Really. That’s her concern? #90Dayfiance

The intensity with which there were hurdles continuously coming in the path of the much-debated couple is immense. There were too many factors going against the two of them even before they arrived on set. Also, the host pointed out that it’s not what they wanted.
Did TLC keep Colt’s cousin’s beer glass full on purpose? Also, did TLC pre-plan Colt and Larissa’s late entry just after the cousin incident to add fuel to the fire? Let us know in the comments below.