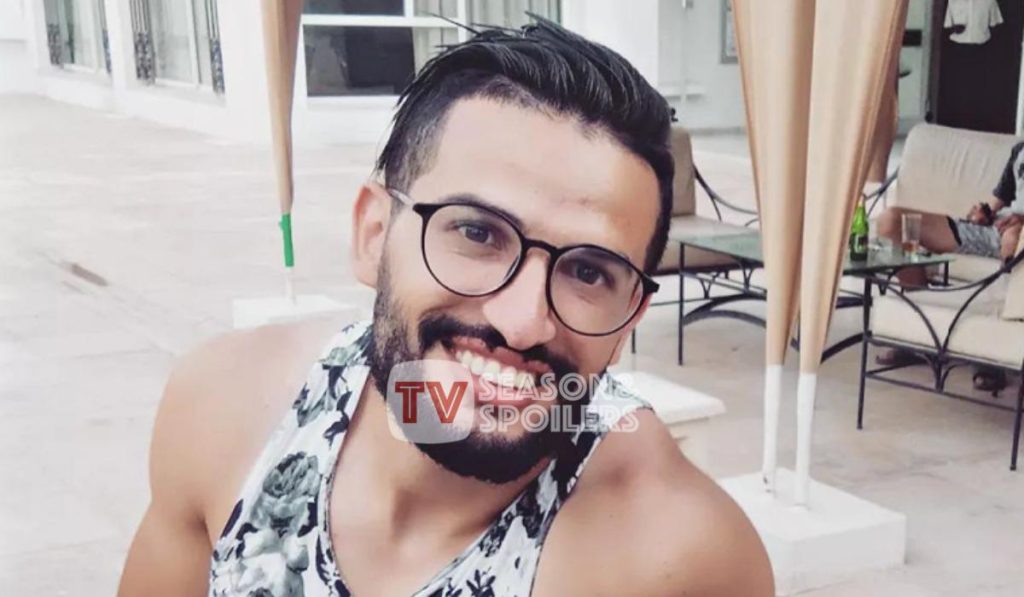 90 Day Fiance: Hamza Finds Happiness In New Family After Being Separated From His Daughter

Hamza and Memphis became the newest couple to star in 90 Day Fiance: Before The 90 Days. Their relationship was quite odd at the beginning. That’s because Hamza, being younger, had lied about his age to his partner. Apart from this, they also had a lot of issues to work on, like the language and cultural barriers and his unwillingness to sign a prenup. However, all worked out in the end, and the couple tied the knot by the finale and even went on a honeymoon. That’s when Memphis and Hamza also discovered their pregnancy. Well, their happiness didn’t last long as the couple began having problems after moving to Michigan and are currently separated. The Tunisian man rarely gets to meet his daughter as his ex has custody. Well, it looks like Hamza has finally moved on and found himself a new family! Keep reading to know more.

90 Day Fiance: Hamza Bonds With His New Family In Chicago Since Split From Memphis & Their Daughter!

Hamza Moknii and Memphis Sandoval began their 90 Day Fiance journey on a good note. However, things began to deteriorate as the episodes progressed. However, all was well by the finale, as they said, “I do,” and even went on a honeymoon. That’s when they found out Memphis was expecting. She gave birth to a baby girl in America. Her husband, Hamza, was alongside her in Michigan for the milestone. However, the new couple wasn’t able to adjust well together and had to separate. Since then, the American woman has had full custody of their daughter, and Hamza would often express his disappointment for not getting to meet her much. He has since shifted to Chicago and started a new life by himself.

Lately, Hamza put up a picture suggesting that he found himself a new family. As per Screenrant, he posed with a couple of guys in a selfie. Without revealing much, the 90 Day Fiance star stated that he had the “best day” ever with his “brothers” in Michigan. The fanbase was happy to see that the man has found himself some really close friends to call his family in Chicago. Apart from Hamza, his sister, Rawia, had also mentioned through her stories about her bother feeling homesick and suffering as he isn’t able to meet h is daughter as much. Therefore, the audience was happy to see the man hit a new milestone and enjoy his life in Chicago since his separation from his ex-wife and daughter.

Hamza and Memphis announced their separation through a bunch of online posts. But before that, they had shared a series of suggestive Instagram posts regarding their split. Things even turned ugly when Memphis’ mom Debra accused her son-in-law of “abusing” his wife. Later on, Hamza’s sister, Rawia, also became part of this online chaos. She also accused Memphis of keeping her daughter from meeting Hamza despite the court’s orders to do so. That’s not all. The 90 Day Fiance star would also share many quotes on her social media suggesting that things are pretty bad between her and her husband.

Although the couple is married to one another “legally”, they live separately. While Memphis and her kids are in Michigan, Hamza has turned over a new leaf in Chicago, as mentioned above. Both of them also don’t follow each other on social media anymore. Hence, the fanbase has been assuming that they are no more than co-parents and don’t share a good bond with one another. So, chances are that they aren’t even on talking terms with each other unless it’s for their little daughter. However, neither of them has given any confirmation about this through their social media handles or other statements. Do you think Hamza and Memphis will ever be on civil terms again? Tell us in the comments below. Until then, TV Season & Spoilers is here for you with all the latest 90 Day Fiance tea.