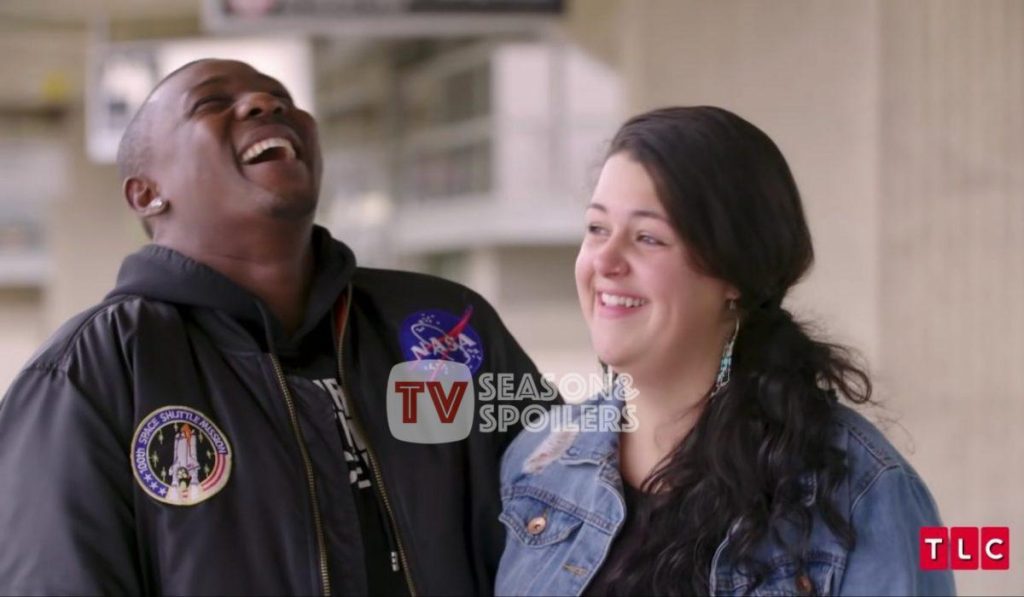 Kobe & Emily’s relationship had its fair of restrictions. When fans first met the couple, they didn’t like Emily. It was so because she exerted only her needs and didn’t care for Kobe’s. However, with time, the couple grew closer. In addition, 90 Day Fiance viewers started to like the duo. Hence, when the pair got married, people wanted to know more about their lives. And now, TLC has offered the couple a pillow talk. Tune in to find out more.

90 Day Fiance: Fans Will Get To See Kobe & Emily On Pillow Talk

Fans are going to see more of Kobe and Emily’s romance. The couple met in China, and there they had a one-night stand. Things got serious as Emily got pregnant with Kobe’s child. Fast forward to America, the 90 Day Fiance celeb came all the way to be with his wife. At first, the couple had many differences because of two years of the Covid-19 gap. Blaise commented on Emily’s weight when they first met after two years. And during the first date night, Bieberly asked about Kobe’s finances. Hence, both were wrong for putting offensive things upfront instead of making time for themselves. Moreover, as things continued to foster between the two, the fans didn’t hesitate to declare Emily as the show’s villain.

Emily Bieberly is known to be the show’s villain because of her ignorant and indifferent nature. Likewise, the reality celeb even dismissed her parent’s feelings at one point. Moreover, Emily’s sister noted that she feels Emily is taking advantage of her parents. Shockingly, the 90 Day Fiance celeb’s father asked her not to get pregnant until she gets financially stable. However, that didn’t happen, and Emily chose to hide her second pregnancy until after the wedding. On the contrary, things started to change subtly, and fans saw a new version of Emily. The reality celeb became soft-spoken, and her attitude seemed pretty calm.

Hence, taking it to her Instagram, the 90 Day Fiance star revealed that she would join the “Pillow Talk.” The reality celeb shared a reel with her husband having fun, which had a totally different side. Emily announced in her caption that those who were missing the couple no longer had to. Emily and Kobe will be on TLC’s Pillow Talk, Happily Ever After. Meanwhile, people were happy to get the news, and some even wanted Emily’s parents to be a part of the show. Others noted that TLC should give the couple a show of their own.

The fans are much hyped about the couple’s journey after their marriage. And on top of that, viewers are yet to know things about baby Scarlet. The sweet little girl is ten months old now, and she is getting much praise. Kobe and Emily kept their second pregnancy a secret. Hence, they didn’t show her face to the world. So, fans were curious to get a glimpse of Scarlet. So, a few days back, the mother shared a cute video on Instagram and captioned it, “They are my reason.” The mother of two wrote that her girl had brought much joy and happiness to the family.

Emily then revealed the face of her daughter. And no wonder the little angel is gorgeous in all sense. The 90 Day Fiance viewers were happy to get a glimpse of Scarlet. The audience hopes to get tiny it-bits from the mother of her kids. And even blessed the couple with a happy ever after. Are you excited to see Kobe and Emily on “Pillow Talk?” Tell us in the comments below. And stay tuned to TV Season & Spoilers for the latest updates on reality TV shows.