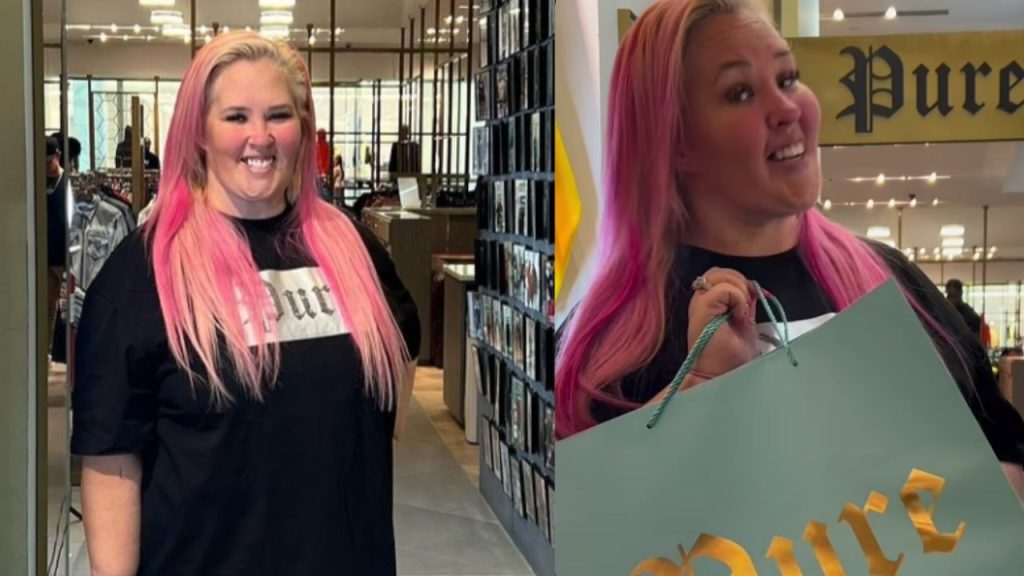 The Mama June fans know the chaos the family has been undergoing lately. The star is a mother of four whom she had abandoned completely. In 2019 when June was accused of possessing drugs and had to go behind bars, since then, she has completely forgotten her family. Apparently, Pumpkin came to the rescue, saved Alana’s life, and took her custody. However, amidst all this, Mama June only cares about her makeovers. Recently she flaunted her hot pink hair in Justin’s video. To know more about her new look, keep on reading.

It wasnt a shock when Mama June announced her marriage to her boyfriend, Justin Stroud. The infamous couple tied their nuptial knot in March 2022. The couple made their relationship official a year before the wedding. They revealed that Shannon and Stroud got married during a courthouse ceremony in Georgia. However, fans weren’t happy watching the star choose a man over her kids. When she was supposed to take care of her children, she preferred to take care of her love life. Since then, the popular pair has been sharing love pictures and appreciation posts for each other. Recently, Justin took to Instagram and shared a compilation of the infamous couple’s snaps and videos.

The first clip of the nearly one-minute-long video had Mama June with her bright pink hair. She had straight, long blonde hair with hot pink highlights. She wore a light pink top while Justin tried to spin her. In the consecutive clip, she had wavy hair with the same pink highlights. Justin captioned the video, “I feel like I’m falling in love everyday”. The video had a separate text saying the star spends every day with his best friend. A fan mocked the couple by commenting that Mama June should spend her day with her children as well.

Mama June: Alana Reveals She Has No Contact With Her Estranged Mother Anymore

The Mama June celeb Honey Boo Boo aka Alana, recently made a disheartening revealtion. Fans claimed that during a TikTok, someone asked the star about the well-being of June. The popular star abruptly answered that she wasnt sure how her mother was doing these days. Alana explained further that her mom really doesn’t speak to them. It was shocking for the fans to know that she was dealing with so much. Fans tried to console her and appreciated her for handling the situation well. Not only Alana but fans praised Pumpkin as well for taking her mother’s place and saving her life.

Since then, whatever June posts, fans never fail to make her realize what she is missing in her life. However, while the star is busy making TikToks and making love with her husband, Honey Boo Boo is busy evolving herself. Recently, Alana also made her debut in the rap world. The star mentioned her mother and threw shade at her by adding the line, “You seen the drama with my mama, serious. I’ma be me Big Lana period.” Apparently, the star is taking out her frustration positively, which fans love. Keep coming back to TV Season & Spoilers

for all the latest Mama June updates.