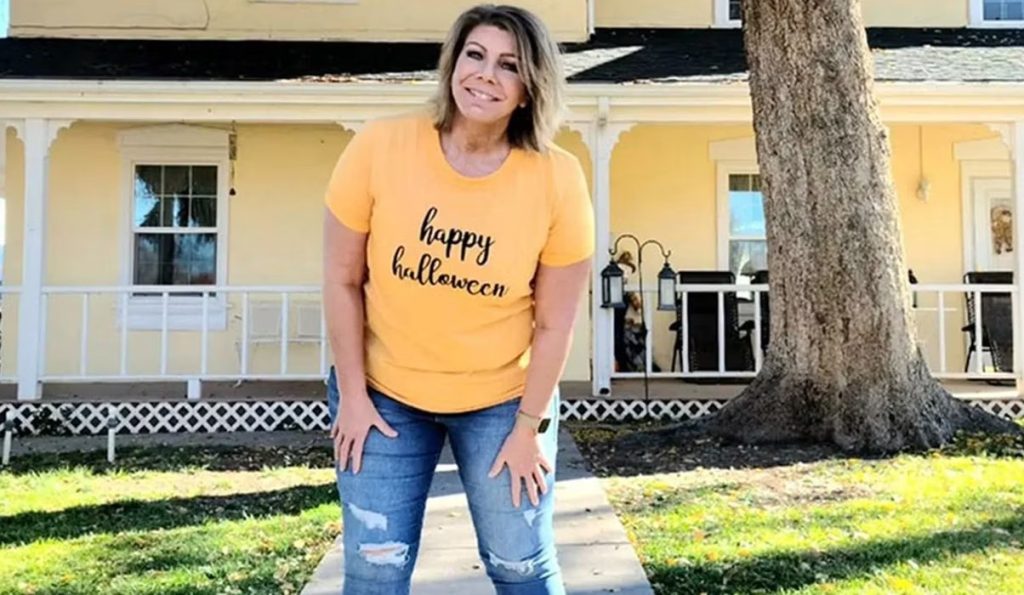 Sister Wives: Meri Brown To Launch A Book About Her Life As An Ex-Sister Wife?

Ever since Sister Wives started airing on TLC, viewers were instantly drawn to the castmates. After all, witnessing a polygamous lifestyle was new for them. By now, they realized that Meri Roloff had been quite a lone wolf in the show. She and Kody became estranged from one another after she almost cheated on him with a person who turned out to be a catfish. Later on, she revealed during the latest tell-all that Kody pulled the plug on their relationship. However, there have been lots of posts on Meri’s social media profile suggesting that she is planning to release a book. This might be documenting her experiences as a Sister Wife. Keep reading to know more details about this!

Sister Wives: Does Meri Roloff Have A Book Deal? See All The Hints On Her Instagram!

Meri Brown has been the first wife of Kody Brown. Both of them tied the knot almost thirty years ago. Well, it has been a long time since then, and there has been distancing between the two. It has been very evident through their show, Sister Wives. As mentioned above, Meri’s involvement with a catfish caused a lot of trouble between her and Kody. It was an alleged affair that messed things up for the married couple. The polygamist had mentioned that he considers Meri, a good friend during a Tell All. Later on, she, too, confirmed that her marriage with Kody was over. The man didn’t make the news public as he was afraid of “judgement”.

Since the Tell All episode premiered on TV, Meri Brown has been making multiple statements on her social media. All her cryptic posts suggest that she doesn’t want the Sister Wives audience to believe what they have been saying. Her new post had her claiming that people believe the “truth” that fits into their “narrative”. In fact, Meri’s picture on Instagram also had a quote saying, “There is so much more to the story”. The first wife was peeking beneath a book in th latest post. Hence, a viewer asked if this meant that Meri was going to release a book of her own. They also stated that it was her third cryptic post. But Kody’s ex-wife has not yet replied, which is why the rest of the fans have started believing in this speculation.

Sister Wives: Like Christine, Meri Admits She Was Jealous Of Robyn

The most shocking revelation of the Sister Wives Tell All was that Kody Brown was left with only one wife, and that was none other than Robyn. It happened after the other wives, Meri and Janelle, announced their split from the head of the Brown family. Christine had already left her man by then and moved to Utah. While having a heart-to-heart conversation with the host, Sukanya Krishnan, Meri opened up about a lot of things, including the split. Later on, a source also confirmed that many of the first wife’s differences with Kody were because of Robyn Brown. Earlier, Christine Brown had stated that Kody had a favor ite, and it was Robyn. After this, it seems like Meri also seems to agree with this narrative.

The source mentioned that even Meri Brown had “regrets” for letting Robyn become a part of the family. While there were no more updates about this. But viewers have seen Kody and his youngest wife playing for the same team for the longest time. It created a lot of problems with the family, especially during the COVID pandemic. Now fans are curious to see how things will shape up in the upcoming Tell All. The new episodes will premiere on TLC on January 1, 2023. How do you feel about Meri and Robyn’s bond? Tell us in the comments below. Until then, Keep coming back to TV Season & Spoilers for the latest Sister Wives updates.