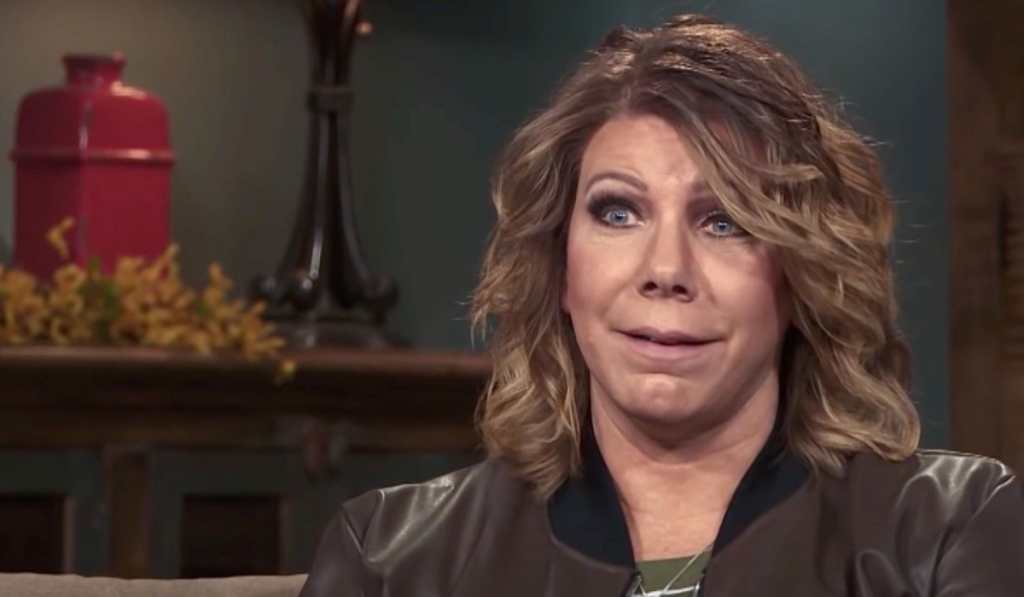 The dynamics of the super-popular reality TV show Sister Wives have completely changed. Apparently, the last two seasons acted as the game changer. Season 16 came with the news of Christine leaving Kody Brown while the Browns and their show’s audience were dealing with the aftermaths of the infamous divorce. Then, Season 17 slammed everyone with Meri and Janelle’s decision to part ways with the family head. Hence, the reality show saw three consecutive divorces in two years. However, it seems that all three single women are enjoying their lives now. Evidently, freshly divorced Meri recently showed some skin as she flashed a hint of cleavage in her new post. Fans love this version of the Sister Wives as she continued to talk about her experiences in the last year. Keep reading for more details.

The popular Sister Wives star Meri Brown faced a lot in her life. Apparently, she was the first one to tie her nuptial knot with Kody. Hence, the celeb had her best time in the initial years of her marriage till other wives joined the family. Since then, day by day, the polygamist’s disdain towards his first wife increased, leading to their marriage die a death of agony. Evidently, the final straw was when Meri’s catfishing incident came into the limelight. Since then, her marriage with Kody has been just a platonic one. Though it was evident that for decades Kody and Meri didn’t share anything more than a disguised friendship yet, the duo decided to part ways in Season 17’s Tell All.

, it seems she has accepted the reality of her life now. Hence now the celeb is living a single happy life. Not only this, but the star is showing her sexier side to the world now. Recently, the 51-year-old took to Instagram and shared a snap of herself. In the picture, Meri wore a grey outfit with a white V-neck T-shirt, which flashed a hint of her cleavage. The Sister Wives star completed her look with a delicate necklace and a smirk on her face.

Meri took a moment and thanked 2022 for all its blessings and challenges. Apparently, the celeb added that it was the year of clearing out the old and making room for the new. Fans feel that the star was maybe throwing shade at her ex-husband. Not only this, but Meri is definitely making room for new opportunities and a better life with a 2.0 sexier version of herself. Fans were really happy to watch the star grow and glow.

The Sister Wives fans have been watching the reality show since the start. Hence, nothing can pass unnoticed by their eagle eyes. Lately, the viewers have noticed that there comes a significant change in the stars’ looks after they left Kody Brown. Whether it’s Christine, Meri, or Janelle, they all had a different glow after they decided to part ways with the patriarch. On a recent post of Meri, a fan commented saying that the celeb looks younger and happier.

Not only this, but another fan chimed in and added that Meri had lost 200 lbs of weight, suggesting it was Kody. The fan further claimed that this weight loss looks good on her. Indeed the viewers are really happy to watch the lone wolf enjoying her life. Not only this, but she is getting the love and care from her friend Jenn that she should have gotten from her husband. Hence, it is evident that a break from toxicity, disdain, and humiliation is reflected on her face now. Keep coming back to TV Season & Spoilers for all the latest Sister Wives tea.