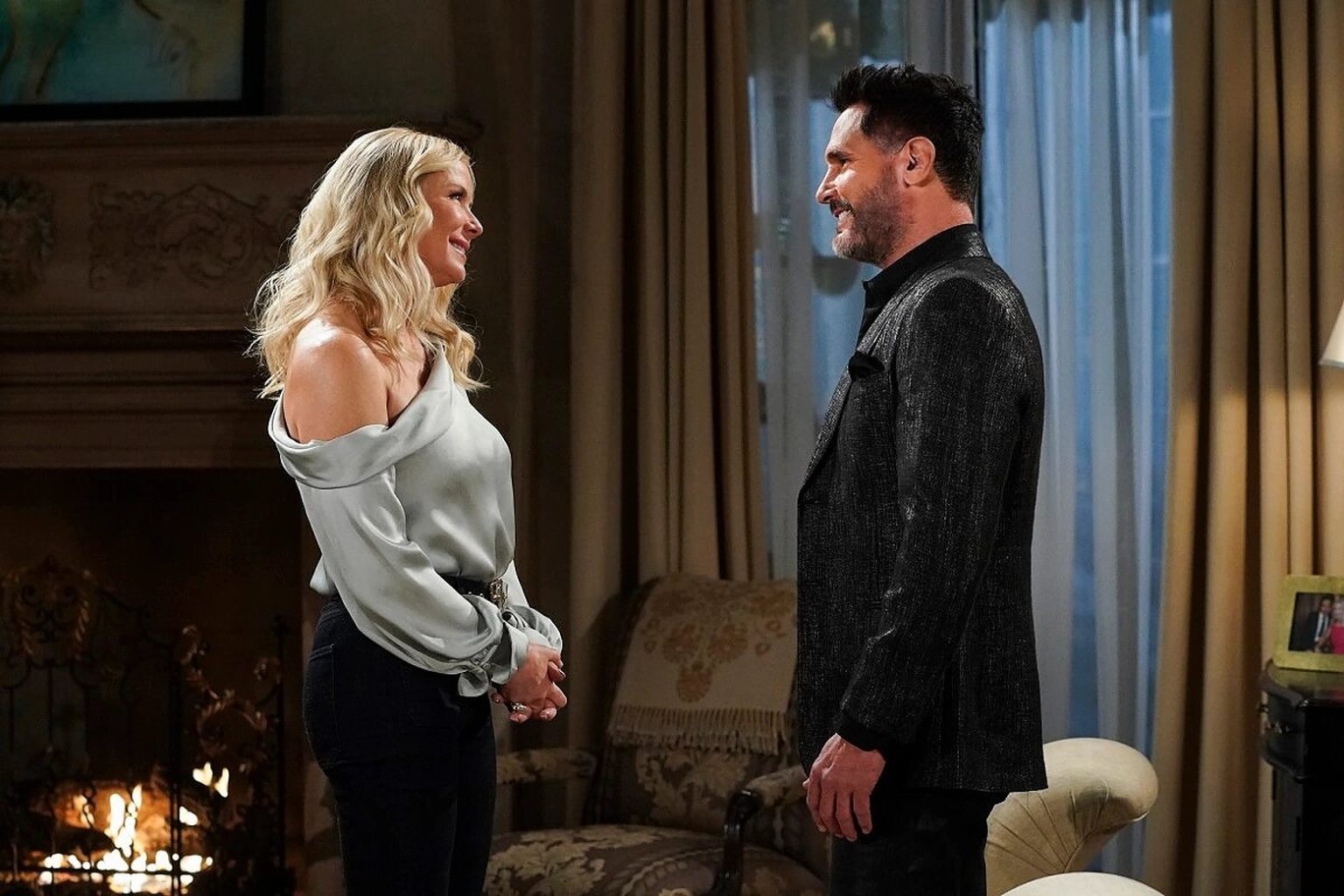 The Bold and The Beautiful Spoilers For The Next Two Weeks (January 16-27, 2023): Brooke’s Seductive Move, Sheila Panics

The Bold And The Beautiful spoilers for the next two weeks, from January 16 to 27, 2023, reveal that Taylor and Steffy will confront Bill and Sheila. While Taylor will struggle to understand Bill’s love, Brooke and Katie will also have the same problem. As for Steffy, she will also inform Liam about his father’s recent romance and blackmail.

During the week of January 23-27, 2023, Brooke will come up with a plan which will scare Sheila to the core. Will she use Bill’s feelings for her and make him understand his mistake? Elsewhere, Deacon will make progress that will include II Giardino. Hope will also face some problems in her fashion line after Thomas is fired from the company. Keep reading to find out what is brewing in B&B in the coming weeks.

The Bold And The Beautiful Spoilers For The Week Of January 16-20, 2023: Steffy-Taylor Confront Sheila-Bill

This week, Steffy and Taylor will confront Sheila and Bill. The Bold And The Beautiful spoilers say they won’t be able to understand Bill’s controversial love for the she-devil. While Taylor tries to open Bill’s eyes to see what he is doing, he will only be bothered by Sheila. Taylor will accuse Sheila of manipulating Bill and turning him into an evil person.

Looks like Taylor will also challenge Sheila’s loyalty toward Bill. Since she knows that Sheila will never give into a man romantically, she will put her to the test. In the meantime, Katie and Brooke will also come to know about his love life and will grow concerned. As for Katie, she will fear for him and wonder what he was thinking while choosing her out of all the women in town.

Katie will confront Bill and will ask the same question. Of course, Bill will narrate how everyone left him and no one cared about him. So, Katie will assure him

that she indeed cares about him but not in the way he thinks. No matter how many times she tries to convince him, Bill will refuse to leave Sheila. In fact, the spoilers say Bill will end up making love to Sheila in the aftermath. So, it is confirmed that he is indeed falling deeper for Sheila.

Liam Shocked To The Core

Coming up next, Steffy will inform Liam about his father’s latest romance. The Bold And The Beautiful spoilers suggest Liam will fume in rage and will wonder what is wrong with his father. When he wore that sword necklace, he knew that something was def initely going to happen, but never would he have thought that Bill would sink that low. Romancing with the craziest woman and criminal in town will just put him completely off.

Later, Liam and Wyatt will discuss what to do with Bill and how they are going to handle everything. As of now, Liam and Wyatt will plan to talk to him when he is alone at home. Whatever the case, Sheila soon faces an unexpected threat when Brooke makes a bold move. Wait to see what happens in there.

The Bold And The Beautiful Spoilers For The Week Of January 23-27, 2023: Brooke’s Seductive Move, Deacon’s Successful Plan

For the week of January 23-27, 2023, The Bold And The Beautiful spoilers suggest that Brooke will have a perfect plan in mind. One that will put Sheila in her place and will also scare her for her future. Chances are there, Brooke might use Bill’s feelings for her to the right use. She might make a seductive move at Bill and try to change his mind for good. Since Sheila knows how important Brooke is in Bill’s life, she will fear for her future. Will Brooke’s seductive move help Bill see his huge blunder? We will know that.

Finally, Deacon will also be successful in his plan to take over II Giardino and turn it into Deacon’s Place. Over with Hope, she will try to focus on her fashion line after Thomas has left. Even though she has Zende with her, she will still find it hard to get someone as talented as Thomas. What will Hope do if she faces an issue in her business? Will she go back to seek advice from Thomas? Stay tuned and watch The Bold And The Beautiful, it airs every weekday on CBS. For more updates and spoilers, visit our website, TV Season & Spoilers.