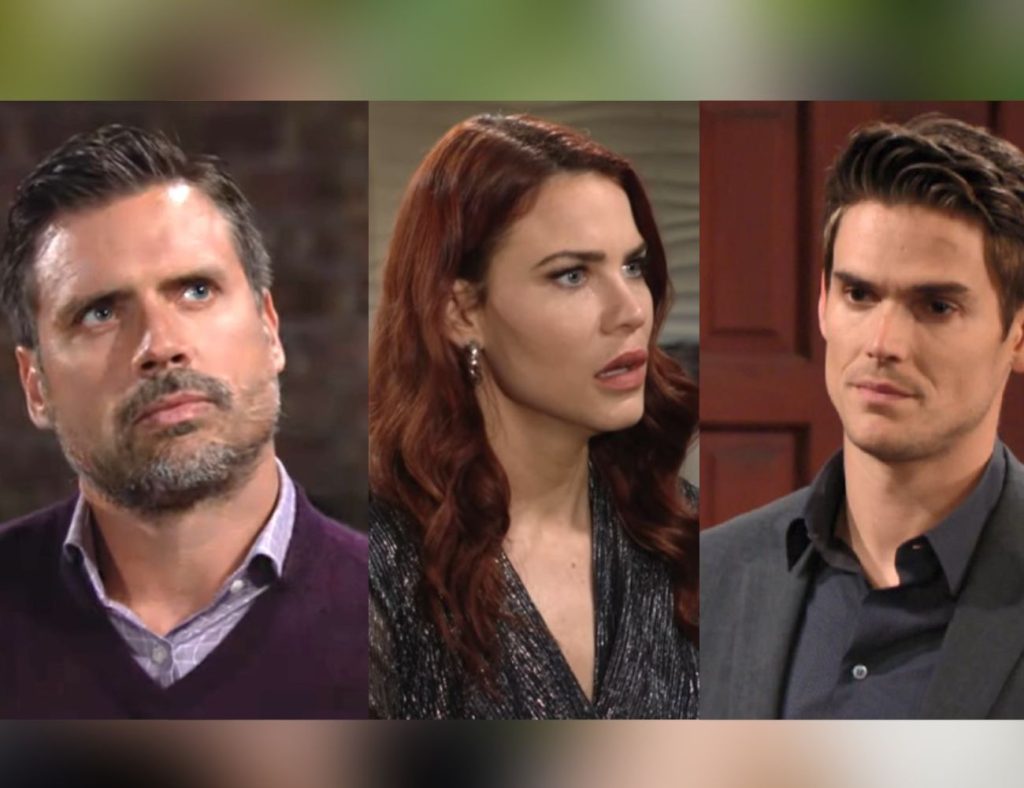 The Young And The Restless Spoilers For January 2, 2023: Sally Wonder’s Who’s Her Baby Daddy! Nick Or Adam?

The Young And The Restless Spoilers For January 2, 2023, promise a fresh new dose of drama as the new year rolls in. Sally is hit with the big baby bomb. Moreover, the question as to “who’s the daddy?” will soon take center stage. Billy pulls up his socks to fight for his ladylove. Lily. Meanwhile, Victoria and Nate inch closer to a tantalizing office romance. Elsewhere in Geona City, Sharon, Mariah and Tessa anticipate life-changing news and decisions. Keep reading to find out what’s about to go down on your favorite soap next!

Who is Sally’s Baby Daddy? Nick Or Adam?

The Young And The Restless Spoilers For January 2, 2023, reveal that Sally will be struck with a thunderbolt when she realizes there might be a bun in her oven! In the upcoming episode, Sally will request Chloe to get her a pregnancy test kit. Upon doing the test, Sally will reveal that it came positive and she is pregnant. She will request Chloe to leave her alone to process the baby bomb. Chloe leaves but lets Sally know that she is there for her if she needs her.

Once the shock of finding out her pregnancy passes, Sally will have a much bigger storm hovering over her head on The Young and The Restless. Sally has been regularly intimate with Nick Newman, as she has chosen him to be the man of her life. However, she also had sizzling goodbye sex with Adam just a heartbeat ago. Putting her in the sweltering spot of figuring out which Newman brother put the bun in her oven! Her intimate moments with both brothers overlapped, and either of them could be the father.

While The Young and The Restless fanbase, i.e. Team Nick and Team Adam, know which Newman Brother they are rooting for, Sally might not! Considering both will have devastating consequences. If Nick is the father, any hopes Sally has, in the hearts of her heart of reuniting with Adam, will be quashed. Meanwhile, if Adam is the baker of the bun, then even if Nick and Sally continue their relationship, the baby will be a constant reminder for Nick of Sally’s past with Adam. Scandalous times coming up, you guys, so stay tuned!

The Young And The Restless: Chelsea Pushes Billy To Fight For Lily

Ever since Billy took over the role of Chelsea’s savior, his relationship with Lily has taken a hit on The Young and The Restless. Despite all of Lily’s attempts to get Billy to step back from Chelsea, he has remained committed to his stance of seeing Chelsea through her hour of need. Thus, pushing Lilly away more and more from himself. So much so that Lily recently told him that she needed space and some time away from him. The latest spoilers suggest that this turn of events will hit him hard, and he will confide so in Chelsea.

When Billy comes face to face with the fear of losing Lily, he will realize how much he loves her. Chelsea will push Billy to go out there and fight for Lily and save their relationship. Will Billy be able to win back his lady love? On the other side of Genoa City, Summer will finally drop the act. She will confide in her brother Daniel that she really isn’t as opposed to Phyllis as she let on. The Young And The Restless spoilers For January 2, 2023, reveal that Summer will confess she went along with berating Phyllis only to appease Kyle. However, in reality, she feels that Phyllis is being treated unfairly, and she might, in fact, be right about Diane!

Geona City Residents Have Some Self-Reflection To Tend To

The Young And The Restless Spoilers For January 2, 2023, reveal that Sharon will have some fears to face. It is her first holiday season without her late husband Rey. She will have to come to terms with the fact that this is how it’s going to be henceforth. Sharon has been on a healing journey for a while now. Most of it had been dedicated to having lent a listening ear to her friends in Genoa City. It’s probably time that she thinks about starting afresh. Open herself to new opportunities, careerwise and love-wise!

On the other hand, newlyweds Mariah and Tessa too have some fears to face. They recently went through a heartbreak when a possible adoption fell apart, and they didn’t get a baby. However, they have a second chance with a new couple, and they have to prepare themselves that it could go either way. We really hope they do get to adopt a baby this time!

Meanwhile, The Young and The Restless spoilers suggest the big daddy of Genoa City, Victor Newman, will have some more bridge-building to do between his sons. However, it is yet to be known what the reason behind it is. Whether it is the professional differences that lead to Adam joining Jabot. Or if it has something to do with Sally Spectra! Stay tuned to The Young and The Restless on CBS to find out what happens next in Genoa City!