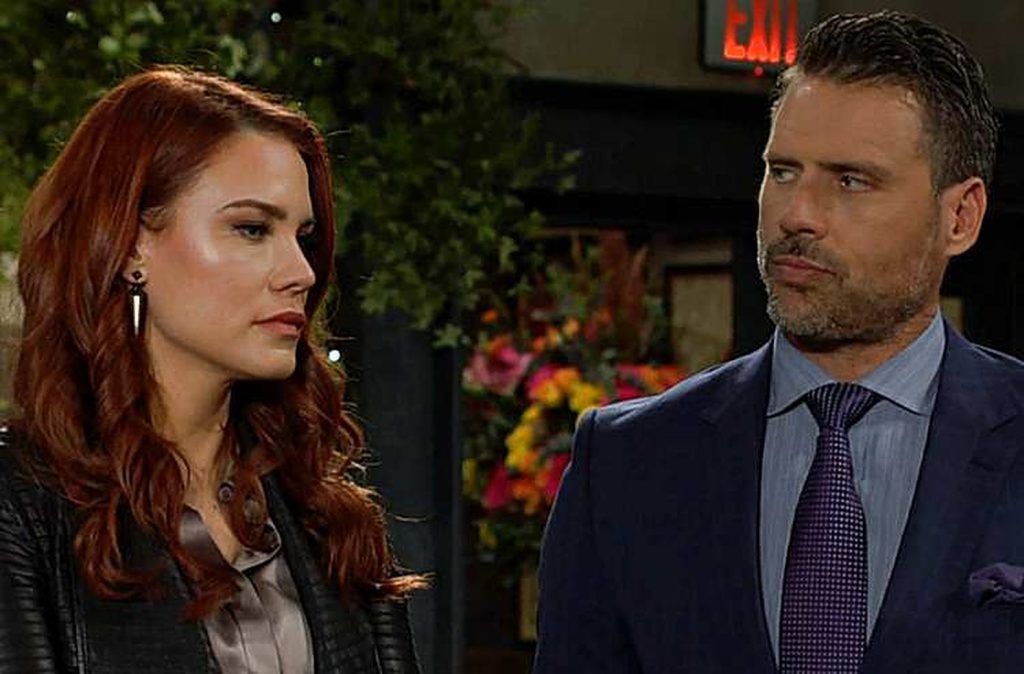 The Young And The Restless Spoilers For January 6, 2023: Sally Lies To Nick, Sharon Falls For Chance

The Young And The Restless spoilers for January 6, 2023, claim that Sally will have to lie to Nick. Is Nick suspecting something about Sally? Elsewhere, Sharon and Chase will continue to come closer to each other. She will finally realize that she is falling for him. On the other end, another couple will fight with each other and will be on the verge of falling apart. Keep reading to know what is brewing in Genoa City in today’s episode.

On Friday, Sharon and Chase will again spend some time with each other. The Young And The Restless spoilers say Sharon will be falling for Chance. Whether she realizes it or not, she will start falling for him hard. The more Sharon spends time with Chance, the more she will get closer to him. Now that Abby has moved on with Devon, will Chance also agree to accept Sharon’s love for him? We will know that. But before that, there will be another couple who is on the verge of falling apart.

Billy and Lily will decide to visit a couples counseling. After all the bickering about Chelsea, Lily and Billy might decide to get a couple of counseling. Looks like Billy will make another blunder over here. Chances are there that Billy might change his plans in the end moment and go to help Chelsea. If not, he might fight with Lily during the therapy.

No matter what happens, Billy might finally realize that he is not the right one for Lily. Things that Lily wants, he can never fulfill her wishes. This might include not only Chelsea but also his career in Chancellor-Winters as COO. Fans know that Lily was upset when he resigned from the post and chose to work on a podcast. Whatever the case, Lily and Billy will be on the verge of falling apart.

The Young And The Restless Spoilers: Sally Lies To Nick

Next, Sally will end up in a tough spot. The Young And The Restless spoilers tease Nick will have some questions for Sally. So, she will tremble and wonder what to say. Chances are there that Nick might see the pregnancy kit in the dustbin or might even see the first trimester reports in Sally’s cupboard. So, Sally might just lie that it’s Chloe’s and that she is pregnant with another child.

Then again, Nick might also ask about her stomach pain and whether she consulted a doctor. For this as well, Sally might just say that she had some stomach infection or something similar in the line. Whatever it is, Sally will lie to Nick about her condition and will continue to hide her pregnancy from him. This sure is to create more chaos down the road. Stay tuned, as Y&R will air more emotion-packed episodes in the future. The Young And The Restless airs every weekday on CBS. For more updates and spoilers, visit our website, TV Season & Spoilers.