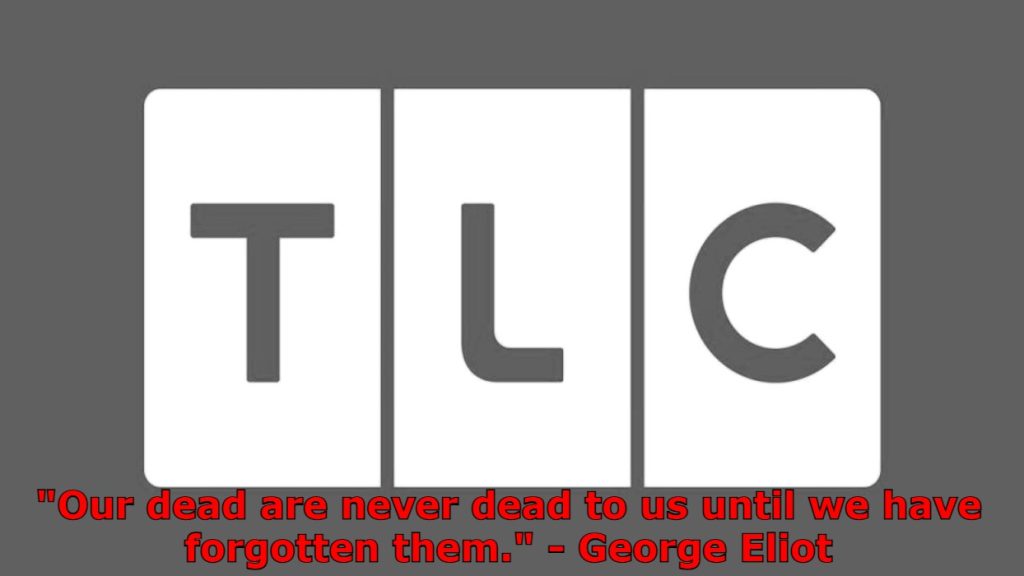 TLC Stars & Family Members That DIED In 2022! Gone Too Soon!

The TLC channel is one of the most renowned television networks all around the world. It never fails to bring up new concepts and shows for its audience. Evidently, some shows have been a part of the channel for decades now. Hence, over the years, fans have started to develop a bond with the cast of the shows and connect with them. So, when they lose them, the pain is none less than that of losing someone really close to them. Undoubtedly, 2020 was a great year, but there’s a long list of stars and family members that left us too soon. To know who they are, keep on reading.

Ronald Roloff From ‘Little People Big World’ Passed Away At 84

One of the most shocking deaths of the year 2022 was Matt Roloff’s father, Ronald Roloff. The Little People Big World star took to Instagram and shared the awful news with his fans. Matt added that his late father was affectionately known as Papa to his ten grandchildren and ten great-grandchildren as well. Apparently, the late Ron Roloff was suffering from Chronic Lymphocytic Leukemia. He had his chemotherapies going on before he passed away peacefully, in July 2022. But, his funeral was a historic one because all the estranged Roloffs came together to pay tribute to their loved one and to complete all the rituals.

Gone too soon. The world was in shock when Marcy Posey Gatterman took to social media and announced the sad demise of her daughter Kailia. Fans remember that the 16-year-old started doing pageants when she was three. People have witnessed her being a pro on the stage, and her talent used to create headlines every now and then. Over the years, fans started to connect with the teenager and loved her. However, the star kid left the world in grief. However, the family members have not publicly announced Kailia’s cause of death.

Destinee LaShaee was another TLC star who passed away in 2022. They had a charismatic personality. Their brother on Facebook shared the sorrowful news and expressed his grief. Evidently, LaShaee weighed in at 669 pounds in the initial days of the show and then lost around 229 pounds because of gastric sleeve surgery. The TLC star had a special place in everyone’s hearts. Destinee was the first transgender participant in My 600-Lb Life during Season 7 in 2019. Sadly, Destinee LaShaee lost their life at a very young age, and their cause of death has not yet been revealed to the world.

Barbara Thore, 76, From ‘My Big Fat Fabulous Life’ Left The World In December 2022

Barbara Thore, popularly known as ‘Babs,’ was Whitney’s mom. Apparently, the celeb was the support system of her daughter. Indeed over the years, all the viewers had formed a connection with her. Not only this, but her ailing health was also a part of the show’s latest season. As per the reports, Babs suffered from cerebral amyloid angiopathy. It is a condition that often causes brain bleeding, strokes, and dementia. Whitney’s mom had strokes in 2017 and got another in November last year. Tragically, she couldn’t overcome the last one, and Babs took her last breath on December 7, 2022.

Anny Francisco is a well-known face to many 90 Day Fiance viewers. Apparently, the celeb tied her nuptial knot with Robert Springs on the show. Tragically, the star couple announced the unpleasant news of the sad demise of their 7-month-old baby, Adriel Springs, in April 2022. The sweet angel was born in September 2021 and was 9 pounds, 3 ounces, and 21 inches at the time of his birth. Anny wrote that his son was a fighter, but his heart couldn’t take the pain. Indeed, it was a painful moment for the parents to deal with.

Kimberly Menzies is known for her love angle with Usman Umar on TLC’s popular show 90 Day Fiance. Apparently, they are one of the most controversial couples and continue to appear on the show. After Kim’s debut, the viewers got to know her mother, Sally, as well. Sadly, in January 2022, Kim shared the dreadful news that her best friend and her number-one supporter, her mother, passed away. Undoubtedly, it was a painful moment for the celeb as she lost her mother.

Fans know Armando and Kenneth for their wonderful and inspiring journey on TLC’s 90 Day Fiance show. Apparently, their lovely pet, Truffles, a chihuahua, played an important role in their storyline. A lot of fans know that she was a ‘Pet Of Honor’ in the celebs’ marriage as well. However, Armando and Kenny shared the heartbreaking news last year that they lost their furry buddy after almost 20 years of togetherness. Indeed, she had an irreplaceable place in the family, and it was hard for the couple to deal with the loss.

Robyn Brown is the fourth wife of Kody Brown in the reality show Sister Wives. Evidently, she hasn’t been as adored as she is famous for her TV appearance. But fans loved Robyn’s stepfather Paul more than they loved her. Evidently, Paul made many appearances on the polygamy-centric show, and fans connected instantly with him. Not only this, but his looking out for his daughter impressed the audience the most. Sadly, the world lost him on February 22, 2022, at the age of 80.

90 Day Fiance Tim Malcolm is known for his unique personality and several appearances on the spinoff. His storyline with Veronica Rodriguez is one of the most popular ones on the show. Sadly, the TLC star shared that his family was dealing with a huge loss as his brother’s wife, Tonda, passed away. Apparently, she was fighting a battle with cancer. Alas, the celeb lost and couldn’t survive the deadly disease. Indeed, it was a painful moment for Shayne Malcolm as he saw his brother dying in front of his eyes.

David Murphey was a major part of the 90 Day Fiance cast. The reality TV star made his debut with Ukrainian resident Lana. However, the fans connected more with David’s pets than his partner. Apparently, the celeb had two pet cats named Mothra and Gamera. These furry friends appeared several times on the screen, and fans loved to watch them. However, last year the 59-year-old celeb shared the disheartening news in March 2022. Apparently, Murphey’s furry friend Mothra lost her life

after 17 years of togetherness because of deteriorating health conditions.

Amy Slaton from 1000 Lb Sisters recently suffered a huge loss. Apparently, the celeb shared the dreadful news that she lost Little Bit because of lung cancer. Seemingly the celeb’s Chihuahua was fighting lung cancer and lost the battle. The star did her best to save her pet, but it seems that no one can defy destiny’s decision. Hence, the Slaton family suffered the loss of their pet after 22 years of togetherness. Indeed, it was a painful moment, and fans did their best to support the family.

Many 90 Day Fiance fans were shocked when Kara broke this heartbreaking news to the world. Apparently, Guillermo’s brother Jose was on dialysis for about a year before he passed away. Sadly, Guillermo is still trying to recover from the shock as he had a talk with his elder brother just a night before he left the world. Kara is trying her best to support her husband, but undoubtedly, some wounds will take time to heal.

Recently, Uncle Dale and Aunt Kiki from OutDaughtered shared heartbreaking news about the loss they suffered. Apparently, the duo shared that their loving dog, Kobe was no more in this world and has gone to puppy heaven now. Indeed, it was a tough phase for the family to deal with because Kobe wasn’t their pet. This is because, the star couple treated him as their own son. Now, the family is trying to recover from the loss, but definitely, they’ll need time.

Our heartfelt condolences to the bereaved. May the lost souls rest in peace! Stay tuned to TV Season & Spoilers for further updates.