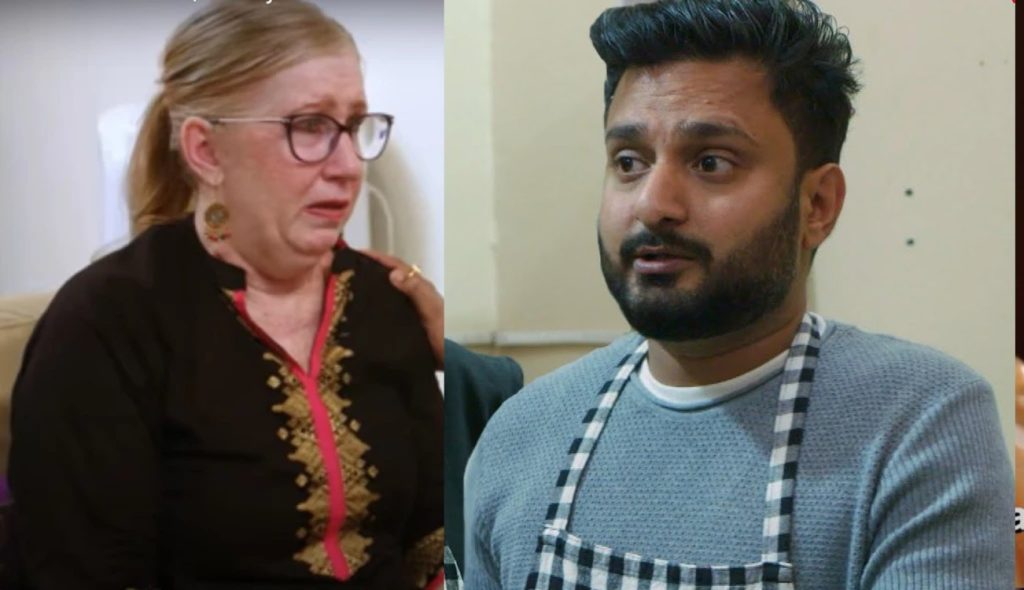 90 Day Fiance: “Me Or India,” Jenny Gives Sumit The Ultimatum! Decides To Move Back To America

The fan-favorite 90 Day Fiance couple Jenny and Sumit has been dealing with troubles for a long time. Although they have been together for almost decades, the couple has failed to convince Sumit’s family of their marriage. The pair, who live together despite their age gap and cultural differences, is working hard to make ends meet. Fans know that Sumit’s family never approved of their union and severed all contact with the newlyweds. However, after trying so hard, Jenny is now over it. In the recent episode, Jenny asked Sumit to choose between her and India. So, what’s next? Will Sumit agree to leave his family and settle in America? Or will Jenny opt to move back without him? Let’s find out.

90 Day Fiance: Will Sumit Leave His Family & Relocate To The U.S.?

Currently appearing on 90 Day Fiance: Happily Ever After, Jenny Slatten wants her husband, Sumit Singh, to immigrate to the United States as soon as possible. On Sunday’s tell-all reunion show, the reality star admitted to Kim Menzies that she was sick of the conflict with his family and thought they would be happy living in the United States. However, viewers know that Sumit’s family has not accepted Jenny. Therefore, after disclosing that he had married Jenny secretly against their desires, Sumit was disowned by his family. And most recently, Sumit’s father gave his son an ultimatum to either divorce Jenny and return to the family or stay married and start over in America.

But Sumit is stuck to the belief that he can have Jenny and his family at the same time. He has also stated that he wants to raise his children in his native India while fiercely demanding that they both remain there. However, it is a big surprise to Jenny, as the two had previously decided not to have children. In Sunday’s episode, Kim asked Jenny if she would relocate to America without him. However, she doesn’t believe she will go without him. But in her opinion, they should move to America, and he should understand that, she said. The 90 Day Fiance star also said that she noticed positive changes with other family members but never in his mother. Jenny believes that Sumit’s family will never accept him.

90 Day Fiance: Not All In-Laws Are Against Jenny And Sumit’s Marriage

However, Jenny told that Kim asked her to put down her foot and be strong. Kim said that Jenny had to convince Sumit to relocate to America with her. Later in the confessional video, she said, “So, it’s either India or me”. Although, she seems a little underconfident about whether she will be able to convince him or not. The pair have struggled to win his family’s favor throughout their relationship. Particularly Sumit’s mother has been against the match, refusing to speak to her son on the show despite his attempts to make peace with his family. However, other family members, such as Sumit’s brother, Amit, and his wife, are more open to the couple’s viewpoint.

However, after t his season saw the couple being formally rejected by his family, Jenny was seen celebrating Christmas with Sumit’s family

. A few days before, Sumit added a video on his Instagram account about their Christmas celebration. The video clip contains a slideshow of pictures of Sumit’s brother and her wife, along with a few kids of this family. Although there was no picture of Sumit’s parents, there were pictures of other family members, including the kids. Fans were surprised to see Jenny enjoying herself with Sumit’s family. However, they speculated that Jenny and Sumit may have repaired the division in their family. They were pleased to see the couple spending a happy time with Sumit’s family. Stay tuned to TV Season & Spoilers for further updates.