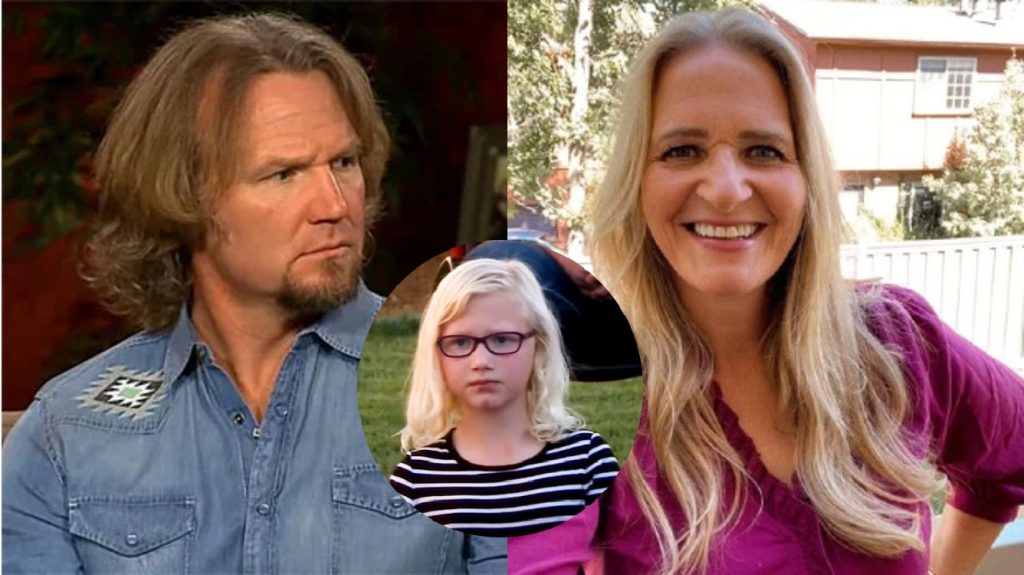 In the beginning, Kody and Christine were being quite civil about the latter leaving him and the family. But things are taking an ugly turn now. The Sister Wives celebrity was not okay with his third wife bidding adieu to everyone and tried his best to stop her. Well, he still remains upset at the whole thing as he didn’t “allow” Christine to leave, but she did anyway. The latest episode reveals that the man ended up lying to his ex-wife in order to ensure he remains in touch with their youngest daughter, Truely! Viewers had never admired Kody for his conservative thinking and for causing rifts with his wives, except for Robyn. However, fans feel he stooped very low this time with his lie. Keep reading to know more.

Sister Wives: Kody Lies To Christine To Stay In Touch With Truely!

Kody and Christine’s relationship had started to deteriorate a few seasons ago. But in Sister Wives Season 17, she finally decided to leave her polygamist husband and start afresh in Utah. But, the polygamist was having none of it. He has been pretty upset and aggressive over the whole thing and blames his third wife for leaving without realizing his own mistakes. In the latest episodes, he went as far as lying to his ex in order to stay in touch with their youngest daughter, Truely. All of Christine’s kids are either settled or in college. Hence, it is her and her 12-year-old daughter, Truely, now. She wants to move to Utah with her for a new beginning. But Kody was upset about being distant from his little girl.

Therefore, Kody Brown came up with a lie for Christine. He threatened her by saying that the state of Arizona would become the “owner” of Truely if they don’t get a “legal custody agreement” for Truely after their separation. Christine appeared quite confused about why the couple needed to go through such a hassle. Yet, Kody stayed put and lied to her through his teeth while saying the rule (he himself had come up with) is “stupid”. He then admitted in the confessional that he got “creative” to make sure he is in touch with Truely even after his ex takes her to Utah. He explained the reason behind it by saying that he doesn’t trust Christine anymore. When she found out, the single mother stated that her former husband “didn’t understand” that she wants him to be around his kids and that she would never “fight him” for such a thing.

The entire Sister Wives fanbase is fuming over Kody Brown’s life. They believe the man stopped very low to get what he wants. Many of them pointed out the irony behind the situation. Fans stated that Christine had an issue with Kody for having a “favorite wife” (Robyn). So, he wasn’t prioritizing the rest of the plural family like he would with his fourth wife. This also included neglecting the kids he had with Janelle, Christine, and Meri. All of this began during the lockdown when the man imposed strict protocols for the family and quarantined in Ro byn’s house with her kids. So, the audience feels that it is quite “hypocritical” of Kody to be fighting for Truely

when he didn’t pay attention to her before Christine decided to move to Utah.

Hence, they took to social media to bash Kody Brown. It is quite obvious in the show that he isn’t admitting his mistakes. Fans find it atrocious that despite Christine leaving, he only cares about being away from Truely and not the rest of his kids. In fact, Janelle’s kids also had issues with their father. Last season, he wanted to kick out his sons Garrison and Gabe as they “disrespected” him without following his protocols. Janelle put an end to her husband’s vile acts. She did so by stating his name isn’t on the lease, so he won’t be able to kick them out. Will Kody be able to mend his relationship with the rest of his kids after Christine’s departure? Only time will tell. Until then, TV Season & Spoilers is here for you with all the latest Sister Wives updates.